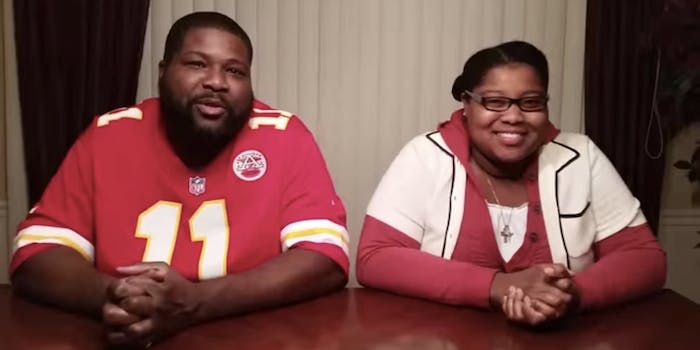 Nicole Paris has refined a very-specific skill to an impressive degree.

Nicole Paris’s father is defending his honor by making rhythmic noises with his mouth. After first squaring off more than a year ago, he and his daughter are engaged in another YouTube beatbox battle.

“I guess this will be Battle Part 2 since most of you folks are saying she won. But that’s good, that’s good. Here we go,” he says.

The elder Paris kicks off an ambitious collection of sound and rhythm, switching off with Nicole as they take turns trying to outdo each other. They appear to be on similar levels for the first half of the video, but the last two minutes of the four-minute clip consist almost entirely of his daughter blowing him away.

Given skills like this, it’s no small wonder that Nicole is easily found beatboxing in other videos around the Web. Here she is rocking the mic at an undetermined event, via her YouTube page.

A video titled “Back in the Day Talent Showcase” shows a much younger Nicole putting her skills on display. It seems this is no casual pursuit for her. Though her father is smilingly referred to as “the mentor,” Nicole is poised to become her own master—she’s just broken one-million views, releasing the video below to commemorate the occasion.