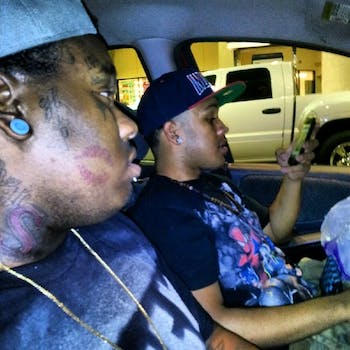 Tweets offer a glimpse into moments before fatal car crash

Eerie tweets sent moments before fatal car crash may indicate the cause of the accident.

A handful of early morning tweets provide clues into the causes of an accident that killed five 20-year-olds Sunday.

Sometime shortly after sending the two messages, McKinness and the other four people in the car, Dylan George, 20, and Marquell Bogan, 23, both of Ontario; JaJuan Bennett, 23, of Rancho Cucamonga, Calif., and driver Jonathan Watson, 21, of San Bernardino, ran a red light on Haven Avenue in Rancho Cucamonga and crashed into a wall, the Inland Valley Daily Bulletin reported.

Bogan died at about 2:24 am at Kaiser Permanente Medical Center. The rest of the men died at the scene.

“They’re certainly looking at (the tweets) because it will be a vital part of the investigation, but it’s too early to give an opinion as to whether if (drunken driving) was a cause or contributed to the crash,” Ontario police Sgt. David McBride told the Daily Bulletin.

McKinness was an aspiring rapper who rhymed about smoking and drinking. Five different tribute videos that feature McKinness rapping have been uploaded to his YouTube page since his death.