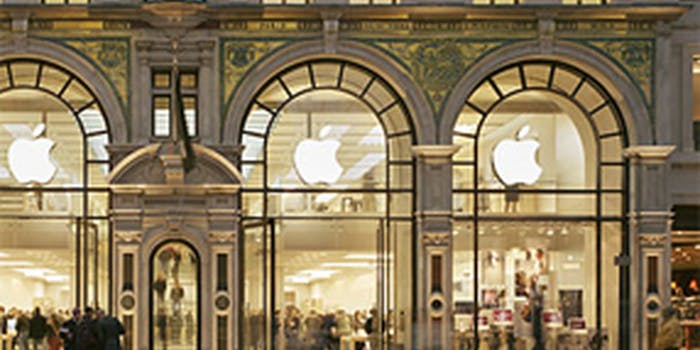 Is fandom the new religion?

A "Cult of Apple" has sprung up around the company's products, but Mac fans aren't the only ones taking their fandom to religious extremes.

Earlier this week, as Apple fans awaited the rather anti-climactic announcement of a smaller ipad, Tech News Daily announced that Apple was “The New Religion.”

Turning to Canadian anthropologist Kirsten Bell, the science blog claimed that Apple product launches bear a striking resemblance to religious revival meetings, with the giant Apple logo emblazoned on the walls of the building like a sacred symbol.

Bell outlined multiple ways in which the proceedings were about spiritual connection as much as about selling iProducts: The speeches given by Apple figureheads act as sermons of sorts, galvanizing the congregation and reassuring them that all is well with their consumerist souls. The secrecy and lack of live coverage around the events often resemble the sacred, eyewitnesses-only drama of religious rituals. And along with the revered lore of Apple’s origin story, the mythos of Steve Jobs himself resembles that of a Messianic figure at this point.

“They are selling something more than a product,” Bell told Tech News. “When you look at the way they advertise their product, it’s really about a more connected life.”

Bell is not the first to question whether Apple is a religion. In 2010, LiveScience noted that “The Apple community has the ‘makings of a cult’.”  And in 2001, sociologist Pui-Yan Lam published a savvy study of Mac fandom’s cult-like tendencies entitled “May the Force of the Operating System be with You.”

Lam’s title choice reveals the true question at work, not simply for Apple fandom, but for all fandoms. “The faith of Mac devotees is reflected and strengthened by their efforts in promoting their computer of choice,” he writes.  Certainly the same thing could be said of lifelong Star Wars devotees. Can we think of religious practices and fandom practices in similar ways?  Are fans who adopt life values from Star Trek or My Little Pony: Friendship is Magic just practicing their religion? Are Christians in the Jesus fandom?

Yesterday, in an article entitled “Extremely Close and Incredibly Loud,” Research Live released a study from ITV and research group Crowd DNA, which defined a fan as “‘someone with an active, invested interested in a fan object’, where active implies ‘continued voluntary exposure to the fan object’ and invested implies spending ‘time, emotion and often money on following the fan object.’ Taken in terms of actual practice, it’s easy to see similarities between a fan getting close to their canon and a devotee getting close to their god.

Certainly the lines between the two have been blurry long before now. In August, the Daily Dot reported on multiple ways Scientology resembles role-playing games, with examples of instances in which role-playing activities spawned cults themselves. Obviously not all fandom communities are cults waiting to happen, but at a basic level, the ritual acts of devotion and the shared sense of purpose and connection that happen at community gatherings are something fans and religious worshipers have in common.

As part of its recent series about fandom, Vulture published stories of extreme instances of fandom behavior—”Astonishing Tales of Fandom in Action.”  One fan, TWI_HEART44, spoke of having spent over $15,000 to attend various Twilight-related events and assemble a “shrine” related to the franchise.

Not all stories of fan obsession are this extreme, of course; but many fans engage in rituals and other acts of celebration that bear a great resemblance to religious ceremonies. One Tolkien fan, Aethelwynebolger, said that when he turned 33, a significant age for Lord of the Rings fans, he not only dressed in full Hobbit costume, but “made sure to give gifts, not just get them, because that is what a hobbit birthday is all about.”

Not a bad commandment to live by, at that.