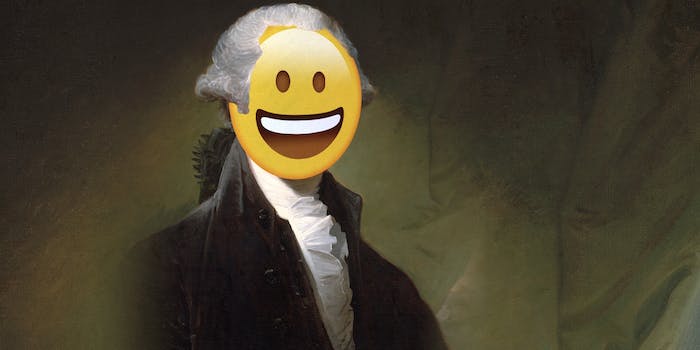 Happy World Emoji Day! Can you guess these translated moments?

There’s no doubt that emoji have changed how the way we communicate.

They’ve taken over how we text with our besties. Companies are trying to use them to reel in millennials. Drake recently released a song about that 100 emoji, because society is truly advancing. And there’s no better way to hit up your booty call than with that suggestive eggplant emoji.

So in light of World Emoji Day (yes, there is indeed a World Emoji Day; check out the date that appears on the emoji keyboard) we thought it only fitting to translate some of the biggest moments, speeches, lines, et. al from the world of pop culture and history into emoji.

Can you figure out the emoji-fied instances? Don’t fret too hard, we’ll give you some clues to decoding the reincarnations.

1) Clue: Don’t space out on what you learned in school.

“That’s one small step for man, one giant leap for mankind.”

2) Clue: This moneybag is full of coins.

“Be the change that you wish to see in the world.”

3) Clue: Beyoncé got the facts wrong about this presidential moment in her banger “Drunk in Love.”

“I did not have sexual relations with that woman.”

4. Clue: From the guy that brought you the word “eyeball.” 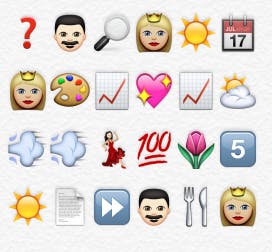 “Shall I compare thee to a summer’s day?
Thou art more lovely and more temperate:
Rough winds do shake the darling buds of May,
And summer’s lease hath all too short a date.”

5) Clue: The woman who uttered this quote may have shone bright like a star in her larger-than-life movie, but she was not too pleased about this situation.

Answer: Preamble to the U.S. Constitution

“We the people of the United States, in order to form a more perfect union, establish justice, insure domestic tranquility, provide for the common defense, promote the general welfare, and secure the blessings of liberty to ourselves and our posterity, do ordain and establish this Constitution for the United States of America.”

“Many years later, as he faced the firing squad, Colonel Aureliano Buendía was to remember that distant afternoon when his father took him to discover ice.”

8) Clue: The reason almost every gay man wants to go to law school. 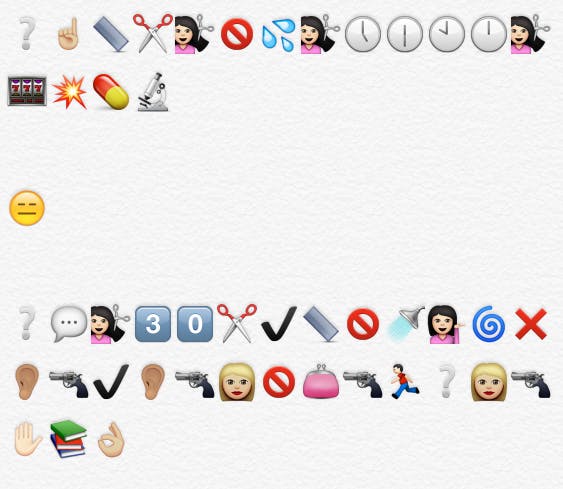 Answer: Legally Blonde, when Elle Woods gets the truth from Chutney while on stand about Mr. Windham’s murder

Elle: Exactly. Because isn’t the first cardinal rule of perm maintenance that you’re forbidden to wet your hair for at least 24 hours after getting a perm at the risk of deactivating the immonium thygocolate?

Elle: And wouldn’t somebody who had, say, 30 perms before in their life be well aware of this rule, and if in fact you weren’t washing your hair as I suspect you weren’t because your curls are still intact, wouldn’t you have heard the gunshot, and if in fact you had heard the gunshot Brooke Windham wouldn’t have had time to hide the gun before you got downstairs. Which means you would have had to found Brooke Windham with a gun in her hand to make your story plausible, isn’t that right? 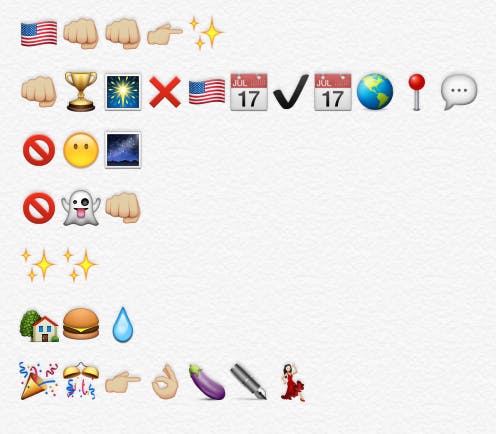 “We’re fighting for our right to live, to exist.

And should we win the day, the 4th of July will no longer be known as an American holiday, but as the day when the world declared in one voice: