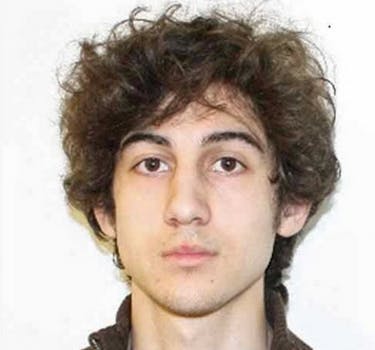 As the police manhunt for Boston Marathon bombing suspect Dzhokhar Tsarnaev continues into the morning, at least 10 degenerate assholes have flooded the Internet's airwaves, creating fake Twitter accounts in the name of the suspect.

As the police manhunt for Boston Marathon bombing suspect Dzhokhar Tsarnaev continues into the morning, at least 10 degenerates have flooded the Internet’s airwaves, creating fake Twitter accounts in the name of the suspect in an effort to pick up followers or cause a rise or throw police off their trail or do something else that’s just as senseless and stupid.

The most prominent account is the @Dzhokhar_A handle, which opened at 7:33am ET with a message to the Boston Police: “I will kill you all as you killed my brother.” That message was retweeted 344 times and followed up by a series of likeminded tweets, one of which was written in Russian, Dzhokhar’s native language. 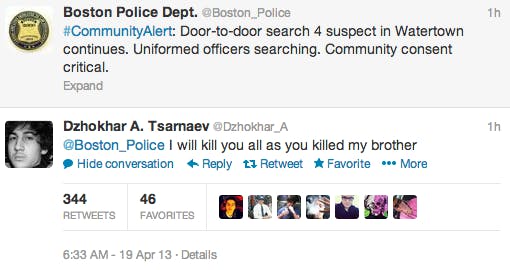 That account has racked up more than 3,800 followers since first opening this morning.

Less popular accounts like the @DzhokhaTsarnaev account (four tweets, ranging from “Hail Putin” to “The fight will not go away,” 19 followers) and @Dzhokhartsarnae (two tweets, one about Egg McMuffins, 34 followers) have also sprung up, with certain individuals communicating quite regularly with people who might actually believe these accounts are legitimate. 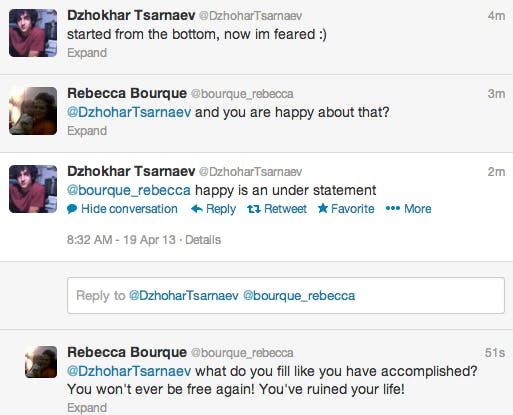 There’s also an account tweeting in Arabic under Dzhokhar’s preferred spelling of Djohar, as detailed on his VK page, which is a Russian Facebook. That message, sent shortly after 9:23am ET, tells five followers: “I bear witness that there is no god but Allah and I bear witness that Muhammad is the Messenger of Allah.”

One account has taken to using Dzhokhar Tsarnaev’s name against him, tweeting that the bombing suspect “is the scum of the earth” and “deserves to die.”

Dzhokhar is not the only Tsarnaev to have Twitter accounts pop up in his name this morning. His brother Tamerlan, shot and killed last night, has also become the namesake of a few handles, the majority of which are purporting Tamerlan to still be alive. 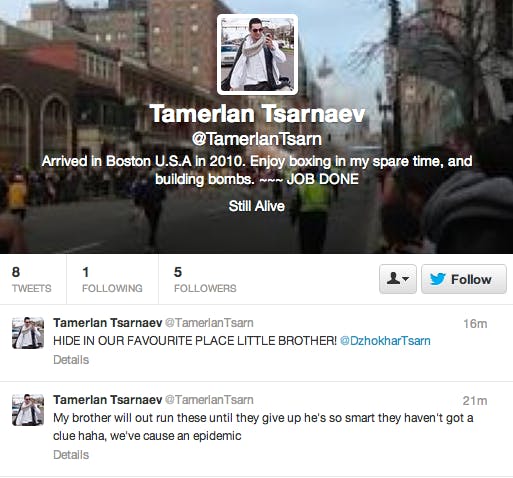 None of those accounts has received the swell of followers that @Dzhokhar_A did this morning, but Tamerlan’s dead, and that’s a fact, so maybe those handles are harder to believe?

Either way, whoever’s creating these things can go stick their head in a hornet’s nest. The Boston PD has already been quite vocal about its wish for people to just chill out on Twitter for a minute so that it can get some work done. What these folks are doing ain’t helping.