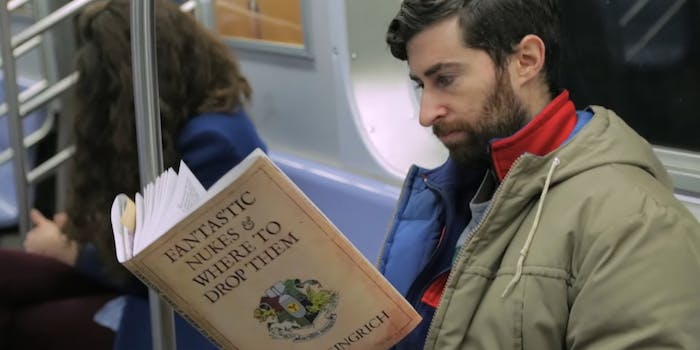 These titles are much better than the originals.

Everyone in New York knows crazy things go down on the subway. The majority of New Yorkers keep their heads down, so you have to be especially clever or offensive to get their attention.

That’s a challenge Scott Rogowsky, host of Running Late, was happy to take on. Rogowsky has already turned heads with his previous “Taking Fake Book Covers on the Subway” bit. The idea is fiendishly simple: Make covers for fake books with ridiculous titles, read them on the subway, and see who reacts. Past titles have included such gems as: “Slut-Shaming Your Baby,” “Ass Eating Made Simple,” and “Getting Into Phish: A Helpful Guide For Black People.” 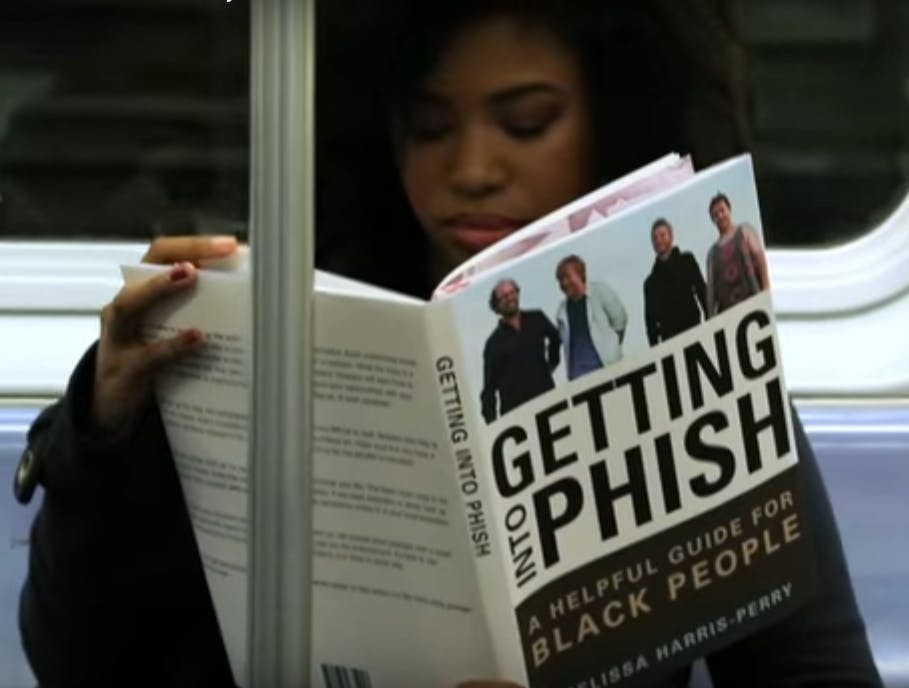 Now Rogowsky is back with a whole new set of books, and this time they’re all centered around everyone’s favorite new president: Igor Dodon of Moldova.

Just kidding. They are about Donald Trump and, once again, Rogowsky treats us to a great round of titles.

If “Prejudice and Prejudice” by Mike Pence doesn’t bring a smile to your face, what could?

This time around Rogowsky even gets off the subway to stop by Trump Tower, where protesters were delighted by his copy of “Eat, Pray, Grab Pussy.” 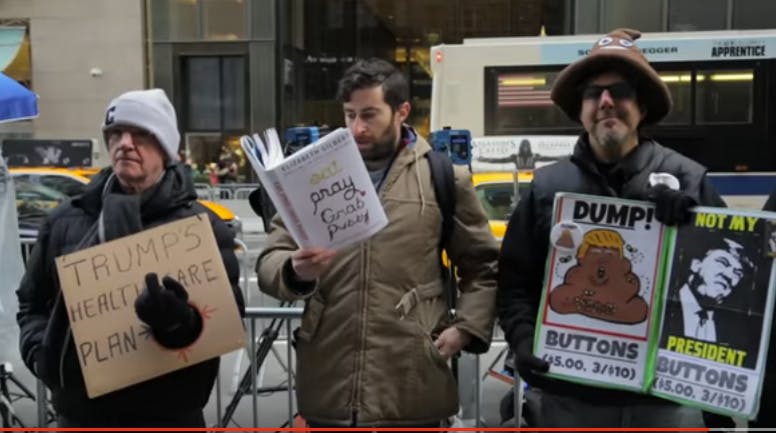 As an added bonus, the ad revenue generated from this video will be split between Planned Parenthood and the ACLU.