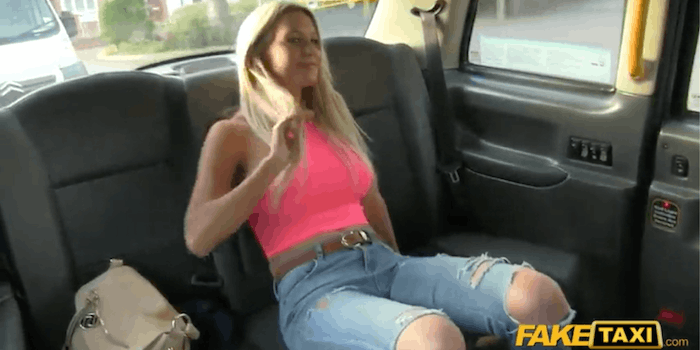 Here’s how the meme typically works:

Funnily enough, “ohhh that’s fucking filthy” doesn’t seem to be a line from the original video, but that hasn’t made the meme any less popular or potent.

Even if it’s made up, “Ohhh that’s fucking filthy” is a versatile punchline, too good to be confined to soccer jokes. More recently, it’s been used to describe all kinds of situations in life.

Because Sienna Day is clearly in a backseat in the screenshot, a lot of the jokes take place in cars.

When yer da lets off a dirty fart on a family car journey pic.twitter.com/kQ2X7GxeK6

But really, anything can be “filthy.”

The meme has become so pervasive, especially amongst soccer fans, that Fake Taxi even acknowledged it on Twitter:

It doesn’t seem to have crossed over to the usual dank memers in places like Reddit’s r/dankmemes and r/me_irl, though. If it had, we’d definitely have seen a “this is f*cking filthy” meme starring everyone’s favorite pink-suited hooligan, Filthy Frank. That hasn’t happened yet, so here, I made one for you: