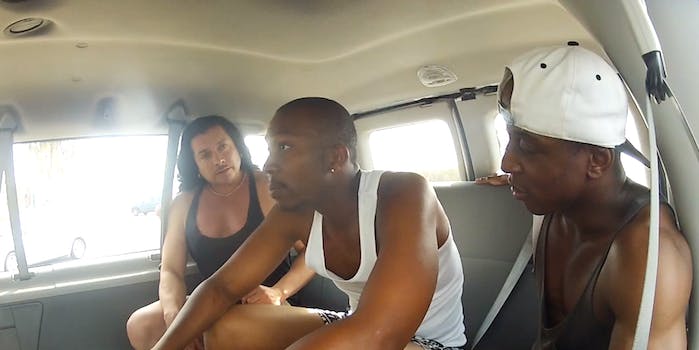 The two girls come across this guy somewhere along the boardwalk. 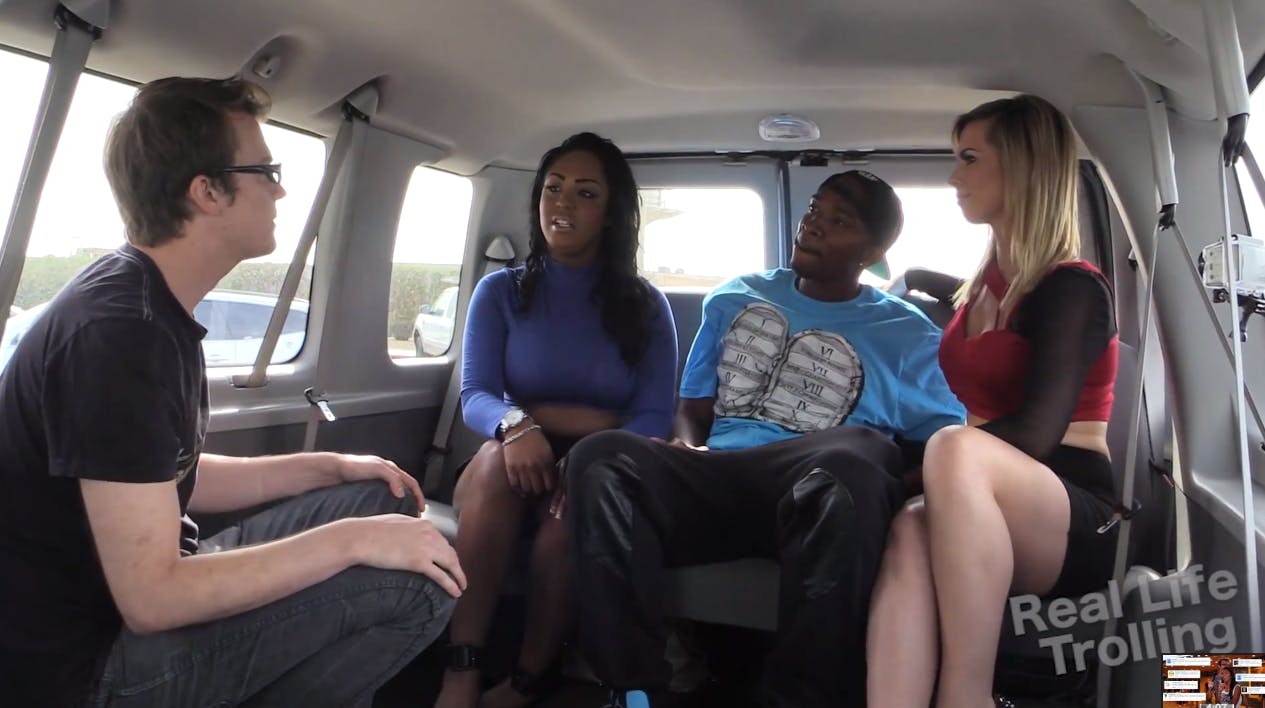 And don’t need much to get him back to the “video shoot.”

They interview him, get his name, job, and information, then comedy ensues—and we start to feel bad for him. 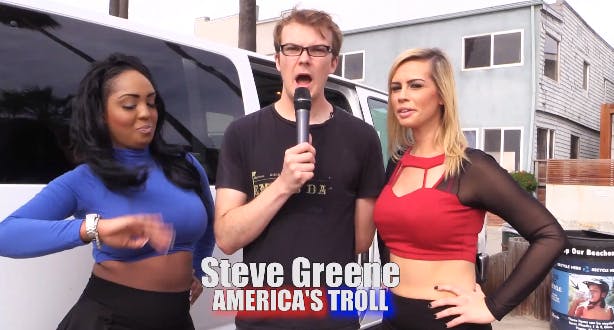