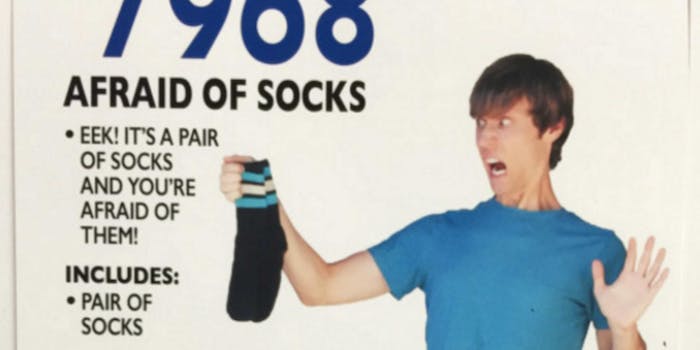 Prank artist’s fake Halloween costumes are better than anything real

Jeff Wysaski is a mischief-maker with a very specific modus operandi. Working under the project name Obvious Plant, he mocks up completely absurd signs, labels, warnings, and even brochures, and then he posts them where they’re sure to befuddle anyone who reads closely.

Wysaski’s prank art is massively popular on Tumblr, Facebook, and Instagram, and given his consistent and meticulous craft, it’s easy to see why. But he really might have outdone himself with his latest effort: a slew of fake costumes that he added to a Halloween store.

The sad thing is that the “Sexy Potato” costume actually exists. Get a load of Wysaki’s previous pranks, too—that Donald Trump pamphlet is gold: