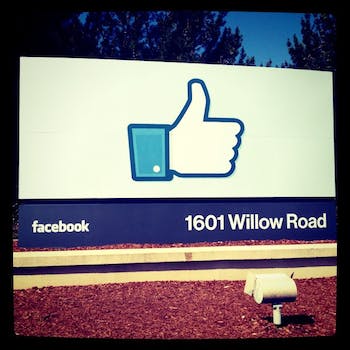 The social network announced via the company’s blog that it was taking new automated measures to find and remove “Likes” from Pages that were “gained by malware, compromised accounts, deceived users, or purchased bulk Likes.”

According to Facebook, less than 1% of “Likes” will be removed from any given Page. The new site integrity system aims to better the experience for both users and companies.

“This improvement will allow Pages to produce ever more relevant and interesting content, and brands will see an increase in the true engagement around their content.”

Facebook has not disclosed what prompted the changes, though some speculate that decision is an attempt to quell potential advertisers’ concerns about the value of “Likes.”

About 83 million of all Facebook accounts— approximately 8.7 percent of the site’s user base— are fake, according to a recent 10-Q filing the company submitted to the Securities and Exchange Commission.

The new policy should also appease brands who believe that bots are used to artificially inflate the effectiveness of paid Facebook advertisements. In July 2012, the BBC published an expose claiming that companies who used Facebook ads obtained “Likes” from suspicious accounts.

At the time, the social network dismissed these claims. “We’ve not seen evidence of a significant problem,” a spokesperson told the BBC. “Neither has it been raised by many advertisers who are enjoying positive results from using Facebook.”