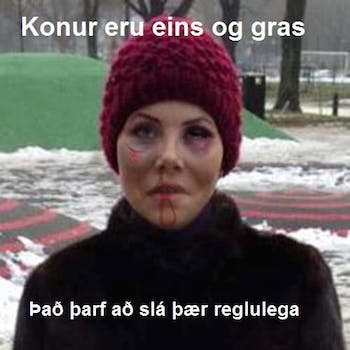 Does Facebook turn a blind eye to violence against women?

Facebook is apologizing for not deleting offensive content that promotes violence against women, but is it too little too late?

After being publicly called out on print, Facebook is apologizing for not deleting offensive content that promotes violence against women.

The social network is backtracking from comments made last week to Wired regarding the latter’s expose on how the company handles objectionable content that specifically advocates or jokes about rape and other deviant behavior against females.

It all started when Thorlaug Agustsdottir came across a Facebook page entitled “Controversial humor—men are better than women.” Agustsdottir soon engaged in an argument with a user, one whom she called a troll. After several exchanges, someone posted a Photoshopped image of Agustsdottir that showed her bruised and battered. The image also included a caption written in Icelandic that said, “Women are like grass, they need to be beaten/cut regularly.” 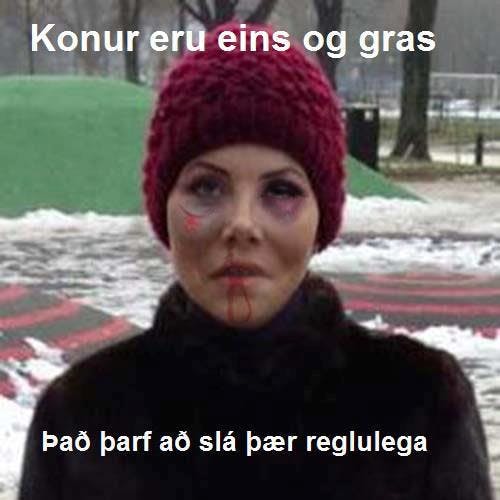 Agustsdottir reported the image to Facebook, who responded by saying that the image was not deleted because it didn’t violate their Statements of Rights and Responsibilities, not even the part where it states that users cannot “post content that: is hate speech, threatening, or pornographic; incites violence; or contains nudity or graphic or gratuitous violence.”

After reporting it several times more and alerting local Icelandic news outlets of the story, Facebook finally took down the photo and deleted the Facebook group.

Agustsdottir also posted the image on her own Facebook page with the following message, criticizing the social network for their lack of response:

“This doctored image of me was posted after an ‘interesting debate’ online, where I criticized rape-humor page. I reported the image 5 different times to Facebook, as well as what I am now realizing are scores of other people. I got 4 NO. It wasn’t until news hit online in Iceland that the stream of reports became so loud FB could not ignore it any longer.
But the fact that this was insulting and threatening to ME was clearly not reason enough for Facebook.”

She also wrote a note entitled “FACERAPING IS ‘SO’ FUNNY – lol,” an extensive account of the events that transpired and her opinion on the matter. The note received 300 reshares but no response from Facebook.

That all changed when Wired ran Agustsdottir’s story last week. The story ran with a non-apology statement from a Facebook representative that highlighted how gravely they took their task of removing offensive content.

“We take our Statement of Rights and Responsibilities very seriously and react quickly to remove reported content that violates our policies,” the spokesperson said. “In general, attempts at humor, even disgusting and distasteful ones, do not violate our policies. When real threats or statements of hate are made, however, we will remove them. We encourage people to report anything they feel violates our policies using the report links located throughout the site.”

In other words, Agustsdottir and other women who find content about rape and violence towards them just need to learn how to take a joke.

But then Facebook changed its tune yesterday evening. Another company spokesperson told the same publication that the content “should have been taken down when it was reported to us and we apologize for the mistake.”

The apology seems to be more of a damage control move than a sincere expression of regret. After all, nowhere in the quoted phrase does the Facebook representative explain why they were wrong. And it’s not like the company is reversing its policy on these types of content, pages, and images that advocate for the suppression of women. Pages like 12 year old slut meme’s, a “slutshaming” group that we called one of the worst memes of the year, are still very much active.

For her part, Agustsdottir is not satisfied. Last evening she once again took to the social network to comment on the company’s response.

“Wired again, got response from Facebook – not to ME though – and IM AM NOT SATISFIED!”