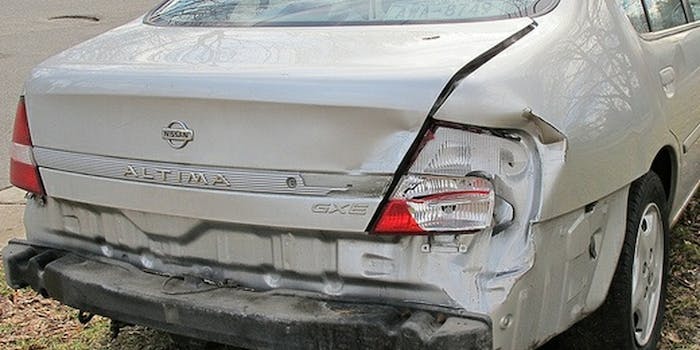 Insurance companies look for any excuse to reduce your claims. ANd now they're snooping through your Facebook photo galleries.

Be warned: Insurance firms are prowling your Facebook photo galleries, looking for any excuse to reduce your claims. In one recent case, however, an insurance company tried short change a car accident victim, and found itself on the losing end of the law.

Supreme Court Justice Richard Goepel said he saw images of Lindsay Guthrie on vacation in Las Vegas, but ruled them to be of limited usefulness.

“Ms. Guthrie is seeking compensation for what she has lost, not what she can still do,” the judge said. “The fact that she can spend a weekend with her friends in Las Vegas does not gainsay her evidence that she continues to suffer from the aftermath of the accident.”

Guthrie’s insurance company, Insurance Corp. of B.C. (ICBC), often uses Facebook and other social media outlets in efforts to reduce costs of those injured in car accidents, according to the Vancouver Sun.

Guthrie was injured when a car she was a passenger in was rear-ended in 2009. The British Columbia resident was forced to take time off work after suffering significant pain for two months after the incident, and struggles with chronic neck and shoulder pain.

The judge found Guthrie “has done all she can to assist in her recovery,” and awarded her a total of $165,582 in damages.

Though the ICBC has had success in the past at unearthing illegitimate claims. Earlier this year, a man was convicted of fraud and ordered to pay $18,000 in restitution after he bragged on Facebook about defrauding the firm over an accident he caused.