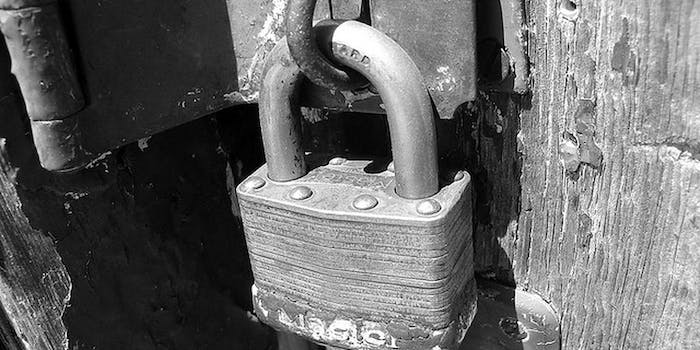 "Think of it like giving your house key to a friend when you go on vacation," a Facebook representative told the Daily Dot.

Locked out of Facebook and don’t remember what email address is associated with your account? Fear not.

A user simply needs to collect three security codes from three different friends to unlock the account. We imagine Facebook requires more than one security code to unlock an account so as to prevent the possibility of said friend simply using that key to hijack your account and log in as you.

“Think of it like giving your house key to a friend when you go on vacation,” a Facebook representative told the Daily Dot via email. “Pick the friends you trust the most. Facebook will pass along the information you need to access your account.”

If the house key analogy doesn’t work for you—and really, who’s got the time and money in this economy to go on vacation?—the social media company suggests that you pick someone who you can reach via phone or in person.

The Daily Dot confirmed with the representative that “Trusted Contacts” isn’t available to everyone just yet and that the company the feature will “slowly be rolled out,” though no specific timeline was given.

Facebook subscribers who have access to the feature can enable it by heading over to their security settings. Once there, they can input the names of at least three friends, though the company recommends that you go with five to have as many options as possible in case you can’t get a hold of someone who has the security code.