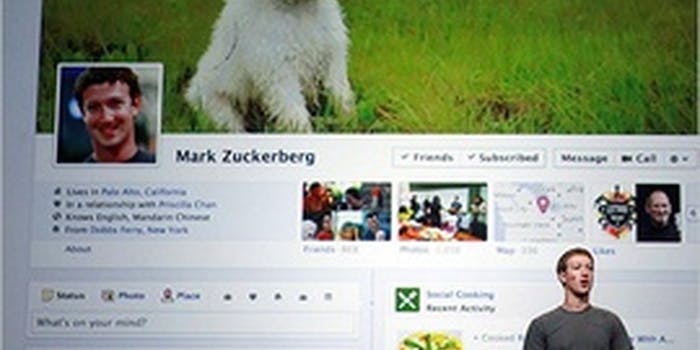 Facebook’s oft-delayed timeline is being rolled out to all users this week, with few complaints so far.

“It’s pretty amazing,” tweeted @Rodknow, who was among the two million or so users who added it before Facebook switched all of its users over to the new layout.

Mashable has been trying to crowd-source a map to pinpoint user locations where the timeline has been launched. As of Thursday afternoon, many U.S. and European users were reporting their profiles had been switched to the new look.

Visually, the redesign is one of the most dramatic overhauls of Facebook’s user pages since the company began allowing anyone to sign up for its service in 2007. The company is betting that Timeline will encourage people to spend even more time on the site and chronicle their entire lives. The redesign has launched a flurry of activity from third party companies, ranging from firms offering to redesign user profiles to companies looking for new ways to use Facebook as a marketing tool.

Facebook had originally planned to make the switch in September, but a lawsuit and criticism of other changes announced at the time is believed to have prompted the company to delay the rollout.

On the same day this week that Facebook began the switch, it also said it was counter-suing Timelines.org, the company whose lawsuit had originally delayed the implementation.

If past Facebook changes are any indication, the company can expect some initial criticism and then continued user adoption.

A redesign last December was greeted with some cries of disapproval but, nine months later, when Facebook first announced Timeline, users were complaining about the end of profile page features they had complained about less than one year earlier.

“I’ve also been given back ‘timeline’ on the Facebook website. Prepare for the whining to begin!” @miketickle tweeted Thursday as he assessed the new look of his Facebook page.