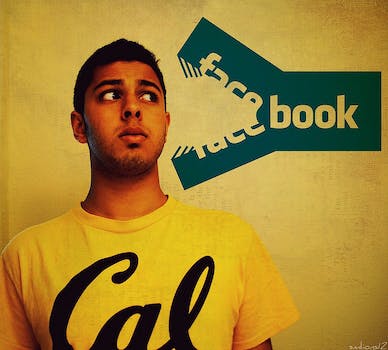 Facebook told a British high court it was powerless to stop a 13-year-old girl from signing up for multiple fake accounts and posting nude photos of herself on the site.

Facebook has told a despondent British father that it is powerless to stop his 13-year-old daughter from creating accounts on the network and using them to post explicit photographs and have “sexualized contact” with older men.

At a hearing before a British high court, justice McCloskey said the case showed Facebook had created a “monster which it alleges it cannot control.” But McCloskey ultimately refused the father’s request to force the social giant into taking “any steps necessary” to ban his daughter from its network. The case provides a cautionary tale for parents worried about their children’s activities on a social network where they can interact with one billion strangers from around the world.

According to The Independent, the man’s daughter has been described as a “vulnerable young lady who is beyond parental control.”  When she was just 12 years old, she created her first Facebook profile, which she’d use to post sexually explicit photographs and chat up older men. Each time she made a new profile, her father would report the profile using Facebook’s “report” button, and each time Facebook would remove it within 24 hours. The girl used one account to join a group with nearly 70,000 members that specialized in amateur pornography.

Her father eventually managed to reign in much of her online activity, but she’s since moved in with her mother and relapsed into old habits, creating an account under a pseudonym that neither father nor mother can dig up. Hence the lawsuit: The father wants the court to force Facebook to ban the girl from accessing the site.

In its defense, Facebook said the task would be impossible, and suggested that fault, if any, lay in parenting. “At some point, responsibility must rest with a parent or guardian,” a company lawyer told the court. The rep added:

“It would be unfeasible for Facebook to review over 1 billion profiles and millions of uploaded posts to determine if a particular individual has posted content online. All Facebook can do is act expeditiously every time it receives a report about unlawful or abusive content.”

Justice McCloskey, though sympathetic to the father’s plight, largely agreed. He rejected the father’s proposal on the ground that it was simply too broad and impossible to evaluate. But he issued a cautionary warning: Facebook’s claim that it has no control over who creates an account, and what they do with it, may not hold water in future cases that involve children.

“It is inevitable that this plea of impotence will be subjected to intense judicial scrutiny, not least because the proceedings involve a child,” he said,

In other words, Facebook, you can’t always blame the parents.