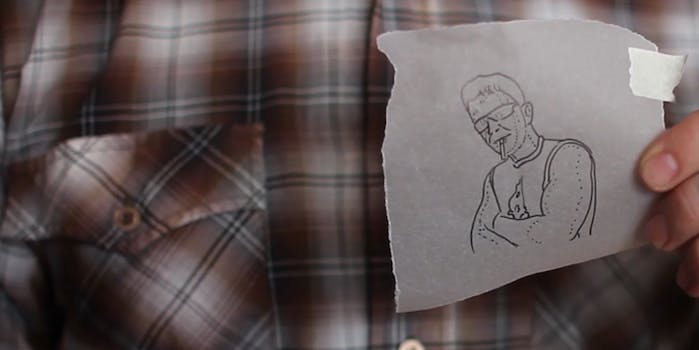 Why did this guy get a random stranger’s face tattooed on his butt?

Joey Jordan now has the face of some dude named Amarildo from Brazil etched on his cheek forever.

Most participants in the Selfless Portraits art project draw strangers’ Facebook profile photos themselves. Joey Jordan got a tattoo artist to sketch his random assignment. On his ass. Permanently.

Jordan, a San Francisco–based copywriter, now has the face of some dude named Amarildo from Brazil on his butt. At least it’s a compelling photo: Amarildo droops a cigarette from his lips as he crosses his bulging arms and gazes into the camera from behind his shades. It is an image Jordan will literally live with for the rest of his life.

In a short documentary (slightly NSFW due to, of course, the butt), Jordan, 24, fails to give clear reasons for the tattoo, but he says he wants to be an “important part” of the project. He talks about the importance of human connection and hopes to grab a beer with Amarildo one day. We just hope the Brazilian is more relaxed if that happens.