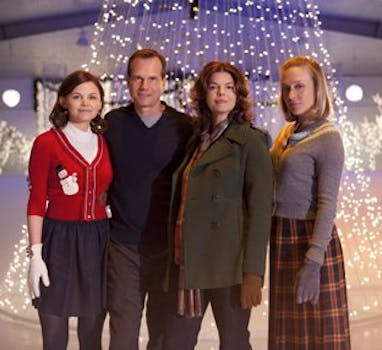 A man in Tacoma, Wash., will likely be changing his relationship status from "Married" to "It's Complicated."

A man in Tacoma, Wash., will likely be changing his relationship status from “Married” to “It’s Complicated.”

Alan O’Neill’s day went to hell in a handbasket last  year when his wife of 12 years logged onto Facebook to find that her husband had spent the past two years married to another woman.

The realization came when Facebook suggested that Wife No. 1, who split with O’Neill, 41, but never actually went through with any divorcing paperwork, befriend Wife No. 2 via the robust social network’s “People You May Know” feature.

Wife No. 1 looked at the profile photo in the “People You May Know” feature and saw a familiar face cutting a wedding cake with the suggested friend: her estranged husband, whom she’d left in 2009.

The woman called O’Neill’s mother and learned that O’Neill, who legally changed his name from Fulk shortly after his split, had remarried another woman.

Wife No. 1 confronted Fulk and asked if the two were properly divorced. According to court records, the defendant said, “No, we are still married.”

Those same court records show that O’Neill allegedly told Wife No. 1 not to tell anybody about his dual marriages, that he would correct the issue and file the proper paperwork, but Wife No. 1 went ahead and alerted authorities.

Now, O’Neill is out of his job—he’d worked as a correction officer in Pierce County until Thursday, when he was taken into custody—and facing up to a year in prison on charges of bigamy.

O’Neill has since been released from custody but has a date in court next month.

That he’s currently free is no surprise. As Pierce County prosecutor Mark Lindquist put it, “About the only danger he would pose is marrying a third woman.”