‘I shot at the cops because I loved a girl,’ wrote alleged pedophile on Facebook

“I’m sorry everyone I’m dieing today shot at the cops all cause I loved a girl.”

The shooting occurred when Deputy Chad R. Kowalczyk questioned Schneider over a violation of a court injunction, the sheriff’s department said. A court reportedly ordered Schneider to stay away from an underage girl with whom he had allegedly been having sex since she was 13.

The deputy suffered a shot to the stomach, according to the Wassau Daily Herald. He is in the hospital and is expected to make a full recovery. 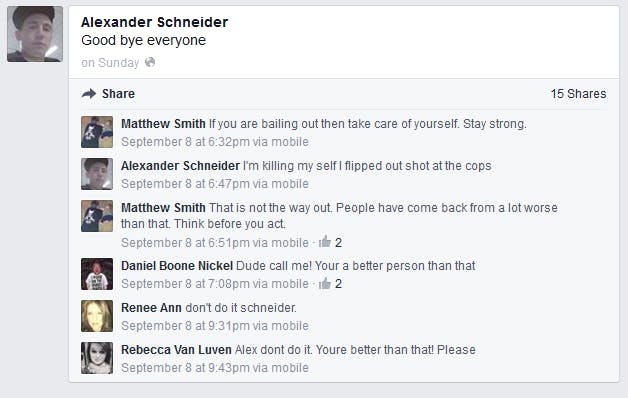 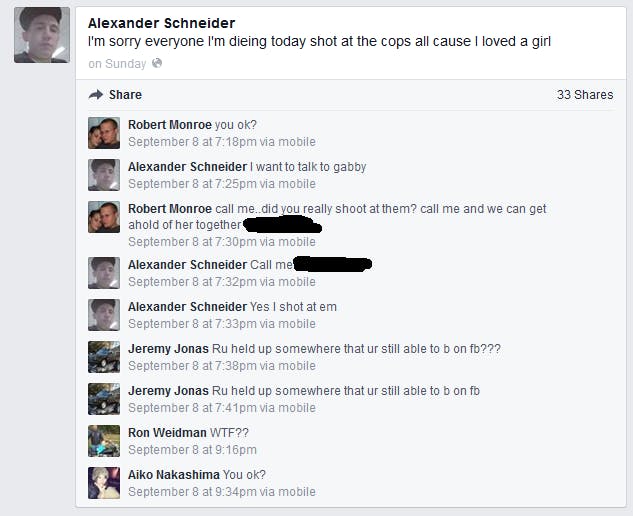 He even changed his profile photo before authorities arrested him shortly after 9pm.

One of the photos on Schneider’s Facebook page shows him holding a rifle, and another shows a business card that reads “I shoot people.” 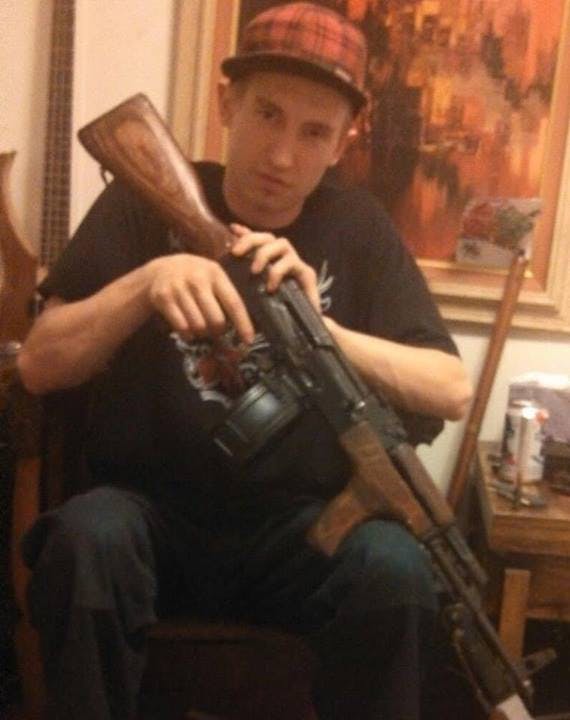 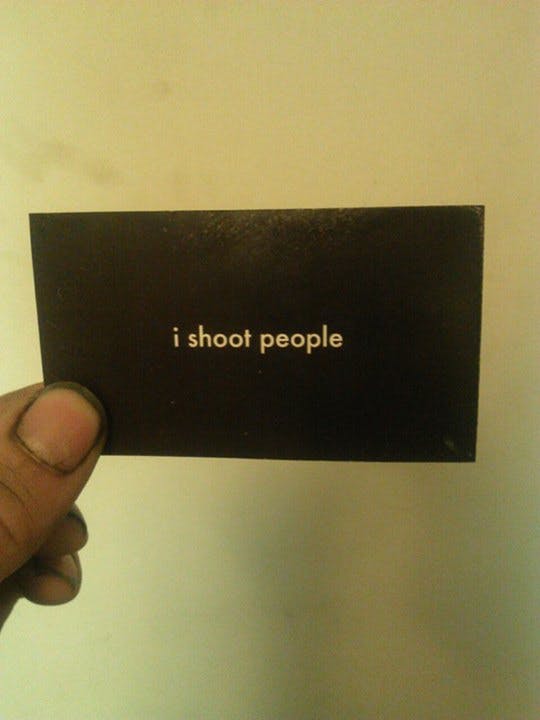 Schneider, who claims on Facebook that he is engaged, is in jail on a $1 million bond after a hearing Monday afternoon. He will make his initial appearance on charges Sept. 24.