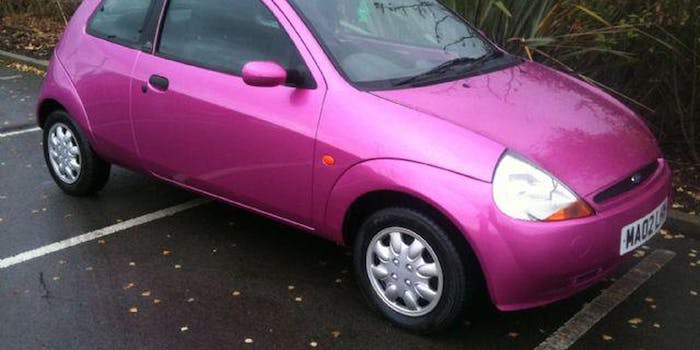 Not even Reddit could get to the bottom of this weird relationship saga currently making the rounds on Facebook.

A tale of romantic betrayal—a man’s fiance caught with his best friend—coupled with the promise of sweet, violent revenge against an ugly automobile if a post gets enough shares. What better excuse could Facebook users have to spread a photo?

“You may have noticed on Monday my relationship status on my facebook page has returned to single,” begins a long post by a British man named David. He describes coming home early from work recently, only to find his fiancee cheating on him with his best friend. He stresses that his reaction was nonviolent, though sad and taken aback, and adds that he now questions the paternity of his 7-month-old son.

The post contains a picture of a pink Ford Ka, along with a message. “I have taken back every single item I have paid for in the last 5 years,” he posted, adding that he bought her the car two years ago.

“Instead of selling her car, I have decided I will leave it to my facebook friends to decide whether I should give it back to her or drive it to my local scrap yard and film it being destroyed and crushed into a cube with her belongings in it.”

“SHARE THIS PICTURE IF YOU WANT ME TO DESTROY HER PINK KA AND FILM IT!” it concludes.

It’s so popular, a screengrab of David’s post is now on the front page of Reddit’s r/funny. And that’s where the tale started to unravel.

One redditor found that the exact same image is being used to sell used cars. Another tracked down and posted David’s personal Facebook information—though that’s against Reddit policy.

Shortly after noon on Tuesday, David posted on his Facebook wall. “Can someone explain what the hell has happened to my facebook I’ve just signed in and I have 523 friend requests and 52 messages of people I don’t have on my friends list.”

However, it’s not even clear that this is a simple case of David getting pranked by a friend. Other than a profile picture of two babies and the image of the pink car, there are no photos on his account. It’s otherwise bare, and he seems to have had no posts until his tale of romantic woe.

Questions of the story’s validity hasn’t deterred Facebook users from sharing the story, though. It’s already been shared by over 2,3010 people. 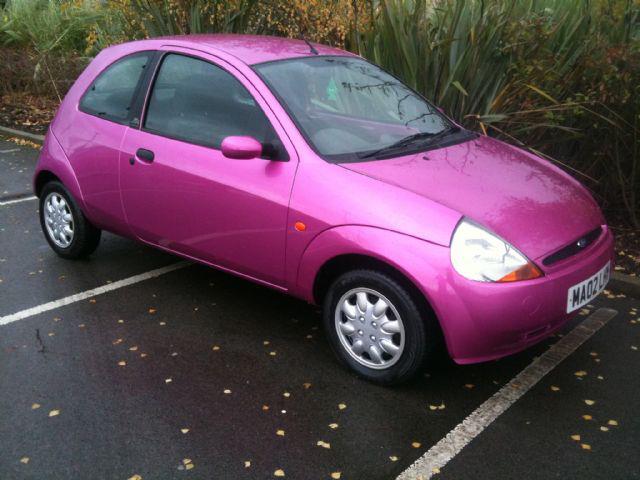