I'm a Facebook developer and I love what you've done with your #Rooms.

Facebook just launched Rooms, and something crazy has been happening since then: People are hacking together a feature that we didn’t build!

Inspired by the vast opaqueness of the early Internet, the Rooms team decided to leave out the ability to discover new rooms within our app. Though counterintuitive, our logic was that retro web browsers didn’t offer “discovery” for early Internet communities—you had to tell Netscape exactly where you wanted to go—so why should we? Our hypothesis was that places on the Web being hard to find was a feature, not a bug.

Turns out, the wonderful folks who have been playing with our app decided to hack discovery together themselves. Almost immediately, people started sharing room invites on Instagram in droves, appending #rooms to their posts so other people could find them. For example, I searched #rooms on Instagram early this morning and found this invite to a room called VSCO Cam, started by a college student in York, England: 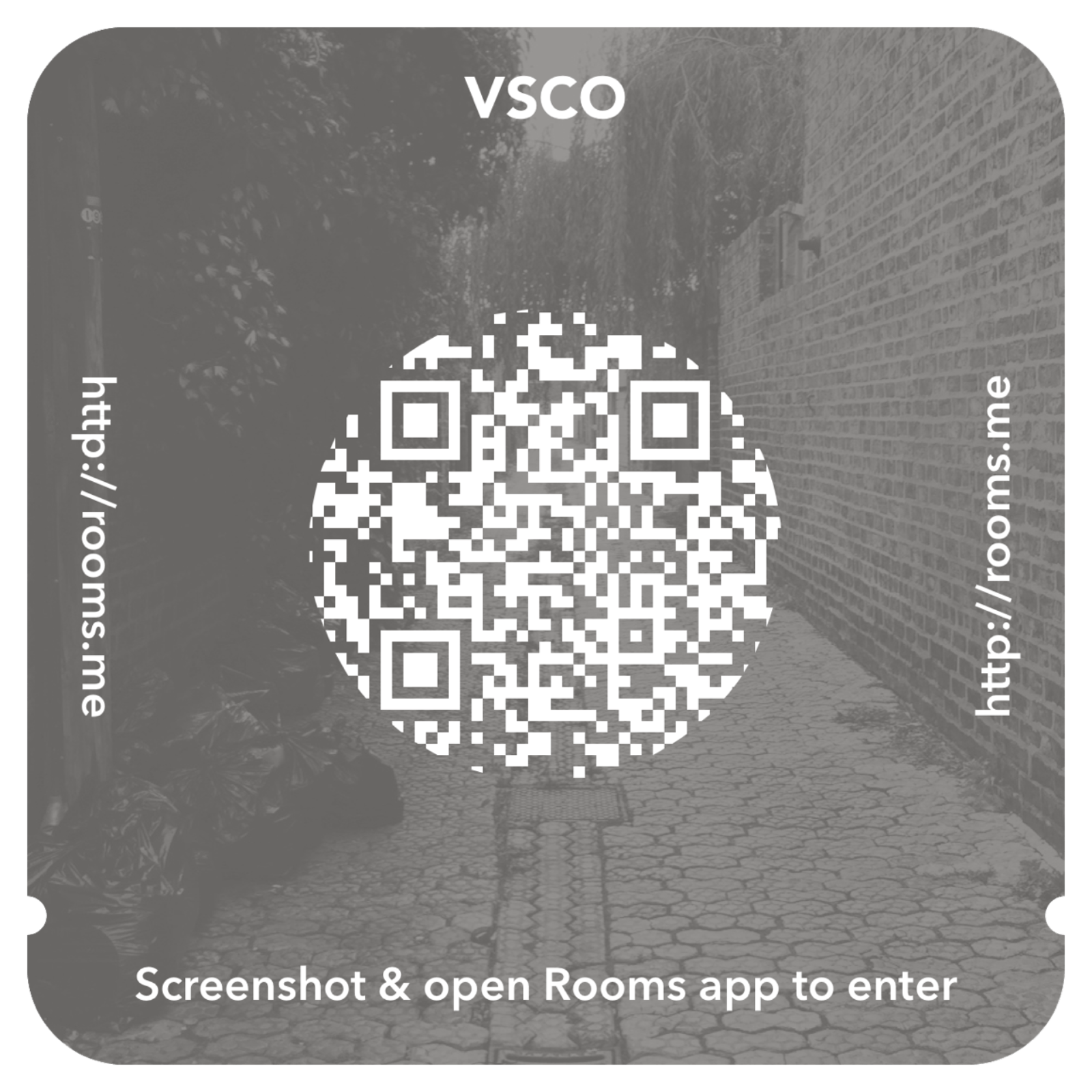 To visit this Room, tap “Use Invite” in the bottom right of the Rooms app and hold it up to your computer screen. If on mobile, screenshot this instead!

As an incredibly nervous, post-launch product manager, I was thrilled to find that this VSCO room was pretty bumping! They had 32 members—mostly via shout outs from impromptu, third-party Instagram accounts that people created yesterday to aggregate Room invites—with posts and comments from many of them.

Then something really cool happened: I went to show the rest of the team the awesome room I had found, and when I came back someone in the VSCO (photography) room had posted an invite to another photography room—as a post within the room itself! They had essentially “linked” to another room in the same way forums, message boards, and blogs used to link to each other in the early days of the Web. 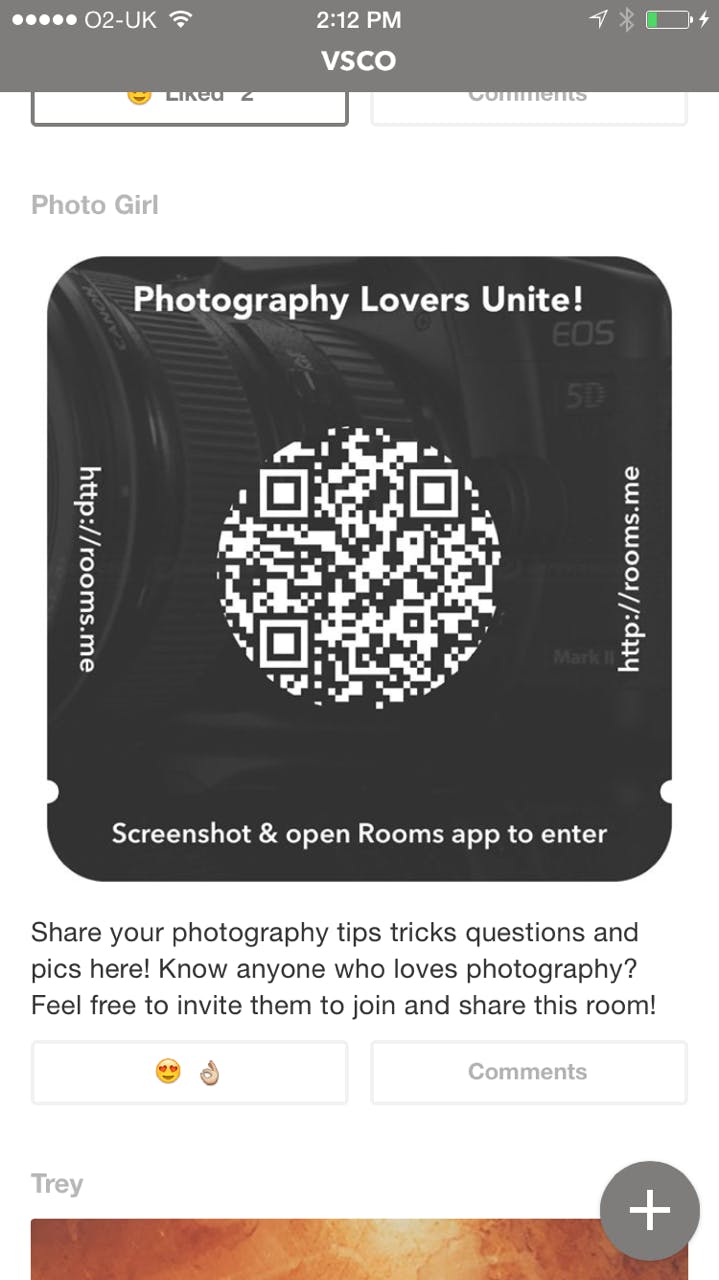 When I spoke to Matt Haughey about the origins of Metafilter, he recounted the time that Jason Kottke first linked to their community from his blog, which sent a ton of new members. Chris “moot” Poole and Andre Torrez told me similar stories about the early origins, and discovery, of their communities. Interesting places linking to interesting places—reciprocity and curiosity driving the system. So while it’s too early to tell for sure, it looks like Rooms are growing in the same, organic way that early Internet forums did. Just instead of URL links, they are photo links!

Anyways, back to the example, the cool thing about the Room that the VSCO room linked to—“Photography Lovers Unite”—is that it was even larger and more active, with over 100 members and tons of posts. And here’s my new favorite room, for posting photos of homemade food that you’ve cooked: To visit this Room, tap “Use Invite” in the bottom right of the Rooms app and hold it up to your computer screen. If on mobile, screenshot this instead!

Our team is super inspired and invigorated by our early community and their creativity. Thank you! Keep creating awesome rooms, and we’d love it if you continued to collectively hack together the discovery feature that our team never built. Just add the hashtag “#rooms”—along with others associated with related topics—to invites you share on other social networks.

And if hashtags aren’t your style, someone spun up a pretty cool subreddit, too: reddit.com/r/roominvites