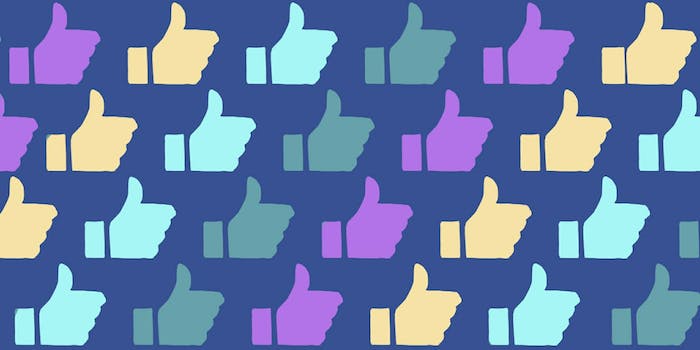 It's time for Facebook to do the right thing.

One year ago this week, Facebook‘s Chief Product Officer Chris Cox publicly apologized for the company’s discriminatory “real names” policy. I should know: Not only was I personally mentioned in Cox’s note, but I was one of the drag queens—along with a broader coalition of artists and activists representing queer and transgender people, survivors of domestic violence, Native Americans, and many more—who had been blocked from the site and successfully raised the ruckus that refused to let the company brush this issue under the rug.

And yet today, while I should be popping open a bottle of champagne (or at least busting out Facebook’s sticker version) to celebrate the anniversary of our victory, I’m still getting messages from people whose accounts are unfairly reported and blocked. Many are shocked and deeply hurt that they’re being singled out and required to provide proof of the names that friends, family, and often thousands of followers know them by online and off. My sticker today is more of a combo of finger pointing, fist raising, and thumbs down.

In fact, I just got a message literally as I was writing this from a drag queen friend whose account was anonymously reported. Earlier this week, I saw a status update from a transgender friend who is now forced to use their legal name. And yesterday I received an email from a mother who is a survivor of domestic violence and prefers to use a pseudonym to safely avoid her ex; she told me she uses Facebook primarily as a means of connecting with other parents whose children have disabilities and have endured abuse. After trying to explain her situation to Facebook’s bot-like customer-service team, she—like thousands of others—is now cut off from very vital support systems. I personally can’t keep up with the emails I’m still receiving a year later.

I’ve already published several articles about what’s wrong with this policy: namely that it discriminates against people already marginalized by virtue of their gender, sexuality, ethnicity, or other inherent identities; and that it poses real-life dangers for people whose physical safety may be threatened if forced to reveal their legal names, including transgender people, survivors of sexual and domestic violence, and political dissidents. These are not hypotheticals; through my work with the #MyNameIs campaign, I’ve received personal testimony from thousands of people who have been directly harmed by this policy.

In the past year, countless stories of people who have had to put up with Facebook’s bullying have also popped up in the news including: prominent reporters at Wired and the Guardian (both of whom happen to be women avoiding different forms of cyberstalking), police officers, a gay Ethiopian activist, a Catholic priest, Irish and Scottish Gaelic speakers, domestic violence survivors, a disabled trans woman of color, several Native Americans, a therapist who legally changed her name in an attempt to get back on the site, and even a former employee at Facebook who couldn’t even use the same name as the one on their employee badge. It’s unclear if this reveals a surge in reporting, or just more attention given to the issue, but either way, I’ve got some pretty strange bedfellows (even for a drag queen).

And yet, despite Chris Cox’s typical acknowledgement that “there’s lots of room for improvement” and promise that “we’re already underway building better tools,” very little has actually been done. To date, the only real changes are small bandaids: updates to the policy’s language, a new list of forms of ID that barely makes sense (and which most people don’t have, as BuzzFeed breaks down), and a brief delay in when you’ll get blocked if you fail to cough up ID.

If anything, Facebook’s enforcement of its own rules has become even more inconsistent over the last year: It’s restored some accounts but not others, claimed to have made procedural changes that in fact it hadn’t (such as preventing people from being reported once their accounts were restored), and rolled out most of these so-called solutions only in the U.S. All of this adds up to a continued and resounding #FAIL.

I can’t help but read Chris Cox’s so-called apology as one of corporate double-speak and misplaced priorities: If Facebook wanted to, this could be over by now. But instead, it’s invested time and resources building features like a scrapbook to track your children’s lives (creepy), promoting those notorious “year in review” videos that for some replayed tragic life events (sad), and launching a bunch of standalone apps to copycat other successful businesses—including, ironically enough, its own anonymous chat app—that most of us don’t seem to want.

It’s also engaged in allegedly charitable projects, most notably Internet.org, a thinly veiled attempt to extend Facebook’s global reach; and those rainbow flags, which, while perhaps well-intentioned, may have also been yet another non-consensual data-collection project. As a queer person, I would rather be able to use my authentic name without an interrogation, than waving a rainbow flag for a week.

So what can we take away from all of these Facebook fails?

First, Facebook continues to be led—and engineered—by a group whose demographics are rather, well, beige: highly educated, straight, white men. Despite Chief Operating Officer Sheryl Sandberg’s typical “we know we have a long way to go” remarks, Facebook hasn’t much improved its workplace diversity since last year.

While the numbers themselves are discouraging, what’s more troubling is how this translates into a monoculture in which many decision-makers just don’t understand the daily realities of other people. That’s precisely the reason why we get policies that disproportionately affect trans people and put women at risk of physical danger, as well as features that fail to consider how one person’s great year may be another’s year of loss. That’s not to say these employees can’t be empathetic, but both Facebook as a company and its employees need to work harder.

Second, and on a deeper level, Facebook just doesn’t seem interested in understanding or listening to its users. Since this controversy erupted, one of the distinctions Facebook continues to make is between digital identity and the name you use “in real life.” What Facebook doesn’t acknowledge is that “real life” is complicated: identities often can’t be described via a checkbox or on a driver’s license.

During the past decade, the lines between digital and physical spaces have become increasingly blurred, and for many, social media allows opportunities to express oneself more authentically than in school, at work, with one’s family, or on the street.

What’s more, Facebook fails to listen to users who try desperately to share their unique stories with its customer-service staff, making many feel that they’re talking to robots when in fact they’re receiving canned responses from humans. (And as a sort of reverse Turing Test, I’m not sure which is worse: talking to a computer or to a person who you think is a computer.)

Finally, it bears repeating that Facebook isn’t a neutral platform, but a corporation with a bottom line and plans for increased expansion. In this context, Facebook’s digging in its heels on this issue is a means of setting itself apart from its competitors, given that every other major social media platform allows pseudonyms. Which would be fine, except that Facebook has nearly 1.5 billion active monthly users, meaning that about 20 percent of the world’s population logs in to a system created and controlled by a single Silicon Valley corporation that’s only marginally accountable to its users—or to the world’s existing regulatory bodies.

Facebook’s strategy of churning out standalone apps can be seen as a way of entrenching its power and market share, even as the main site itself loses popularity among key demographics.

And, while many have suggested that Facebook’s “real names” policy is a tool to entice advertisers, I personally believe it’s about protecting the “integrity” of its user data for products yet to come. As a monopolistic corporation, I would love to see Facebook broken up to allow for more options that can better serve diverse communities—but the way Facebook is voluntarily going about it is simply setting the stage for its own expansion. If the way it’s handled the “real names” controversy is any indication, this even bigger Big Brother will actually result in fewer options and less autonomy for users.

I’m still hopeful that, with continued pressure, Facebook will finally decide to do the right thing. But after a year of waiting—first patiently, and then less so—I’m just about out of faith.

To quote that arbiter of real-talk justice, Judge Judy: “Don’t pee on my leg and tell me it’s raining.” It’s time for Facebook to finally step up and make a change, or admit that it’s not truly interested in building a social network that champions diversity, safety, and creative expression. And if that’s the case, it’s time for us as users to walk away and build something new.

This piece originally appeared at the Huffington Post Gay Voices and has been republished with permission.

Lil Miss Hot Mess is a San Francisco-based drag queen and media artist who has presented work at venues ranging from gay bars to universities, SFMOMA to the streets of OccupySF. She is an organizer with the #MyNameIs campaign.