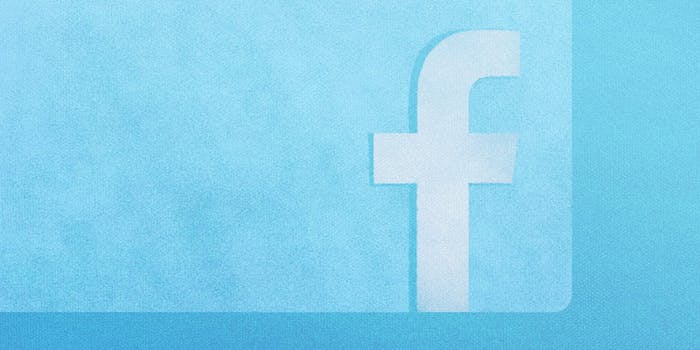 When rumors spread online last month that Facebook was going to add a “Dislike” button, the Internet reacted with a great deal of, well, dislike. Although CEO Mark Zuckerberg clarified that he didn’t intend to suggest that the platform was instituting its own form of Reddit downvoting, nobody understood what he was really planning until Reactions was revealed last week. The site’s new version of the ”Like” button includes six additional emotions: “Love,” “Haha,” “Yay,” “Wow,” “Sad,” and “Angry.” When users click to “Like” a post, they will be able to choose one of these options, including the iconic thumbs up to which we’re all accustomed.

Not every moment is a good moment, and sometimes you just want a way to express empathy. These are important moments where you need the power to share more than ever, and a Like might not be the best way to express yourself. … Reactions gives you new ways to express love, awe, humor, and sadness. It’s not a dislike button, but it does give you the power to easily express sorrow and empathy—in addition to delight and warmth.

It’s great to see Zuckerberg finally acknowledging the many ways in which people use Facebook. When he used the platform back in August to speak publicly about the three miscarriages he and his wife experienced, it appears he understood the power of Facebook to share news and stories that aren’t exactly likable.

Reactions makes sense as a next step—both for Mark Zuckerberg and his company. While some might dismiss Reactions as silly or weird, I predict that it will help people communicate with each other in ways that feel more intuitive and that end in less awkwardness. Think about it: When someone says something funny, we don’t say “LOL” or “that’s funny.” We laugh. When you share a devastating loss with a friend in person, you might be comforted by the obvious concern and sympathy on their face.

Think about it: When someone says something funny, we don’t say “LOL” or “that’s funny.” We laugh.

Facebook can’t perfectly mimic the experience of laughing with a roomful of friends or having someone there with you when you hear terrible news (at least, not yet), but it can help people express the emotions they actually mean to express, which can be difficult online. A thoughtless “Like” on a sad post can be read as insensitive or flippant, but there’s not always anything to say in a comment about it, either—nor would a whole thread of “wow that sucks” make you feel any better.

Friends often tell me that they struggle with figuring out how to respond to posts that share serious problems or frustrations. Often they end up saying nothing at all, and clicking a thumbs up icon doesn’t feel like an appropriate substitute. Instead of leaving an empty space when users are grieving or feeling blue, Reactions might help people support friends and let them know that they are heard and that their pain is acknowledged. Sharing a sad post would feel less like screaming into an online void and more like talking to a group of friends.

While I think that Reactions’ emotional range is impressive and probably accurate to how most people use Facebook, I do wish the platform had implemented ideas like “acknowledge” and “commiserate,” which Daily Dot contributor Selena Larson suggested last year. However, it’s understandable that Facebook probably wanted to keep the number of emotions pretty small and manageable. And according to Chris Cox, Facebook’s Chief Product Officer, the emotions chosen to be part of Reactions are based on studies about which emotional reactions are most common on Facebook.

If there’s still a question mark looming over the implementation of Reactions, it’s less about user experience than how Facebook manipulates that experience behind the scenes. Facebook has been criticized before for conducting mildly creepy experiments to see how the emotional content of a post in someone’s News Feed influences the emotional content of their own posts. Some fear that Facebook suppresses negative material to create a happier (and presumably more lucrative) user base.

That’s certainly a possibility with Reactions as well. One of the non-ethics related criticisms of the emotional contagion study is that the researchers’ method was probably inaccurate in its attempt to discern “negative” posts from “positive” ones. While certain words are more associated with positive feelings than negative ones, online sarcasm and snark might make it less obvious than a robot would think. And how do you classify angry posts? Depending on the context, anger can be a positive or a negative emotion.

Reactions makes it a lot more specific than “positive” versus “negative,” thereby taking all the guesswork out of the equation. Users will be explicitly labeling their emotional responses, so a team of Facebook researchers would have a much easier time finding correlations between, say, emotional response and number of “Likes.”

And that’s just the beginning. Facebook’s News Feed algorithm already tracks how much you interact with certain friends and puts more of their posts in your feed; now it can figure out which users tend to react to posts with “angry” or “haha” and then show them more posts that already have a lot of that type of reaction.

The result could be an emotional polarization that parallels the political polarization that’s already happening on the site. After President Obama had been reelected, I was shocked when I clicked over to the automatic high school “friend” list everyone has on Facebook. I hadn’t even realized there were so many conservatives who hadn’t unfriended me yet—because their stuff never showed up in my News Feed until I chose to look at what they were talking about. Suddenly, my feed lit up with bald eagles, weeping Statues of Liberty, and Bible verses all the way down.

Similarly, users could gradually start to see an increasing amount of content that’s tailored to their emotional response pattern. If you’re someone who prefers to engage using the “haha” button, you might start to see more funny videos and fewer articles about police brutality. If you tend to express anger, you might begin seeing more quotes from Republican presidential candidates and fewer gorgeous nature shots that make you click “wow” and take a moment to remember that no matter what presidential candidate Ben Carson just said in an interview, there’s still beauty in the world.

On the other hand, the new feature could help prevent algorithmic suppression of “negative” posts by demonstrating how impactful and meaningful these posts can be. Before the implementation of Reactions, an excellent article investigating a college’s mishandling of a rape case might have gotten very few ”Likes”—because everyone feels awkward “liking” an article with a headline like that. Now, that article might garner dozens of “angry,” “sad,” or “wow” reactions. It would appear in more people’s newsfeeds, get more attention, and make more of a difference.

It’s tempting to be cynical about Facebook’s motivations, given that the site has certainly burned us plenty of times. I think a healthy skepticism is warranted. Facebook does have a history of toying with our emotions, but however creepy the platform’s emotional experiments might be, they’ve got nothing on its continued efforts to police users’ names—which puts queer and trans people, abuse survivors, sex workers, and other marginalized groups at risk. That makes me want to mash that “angry” button over and over.