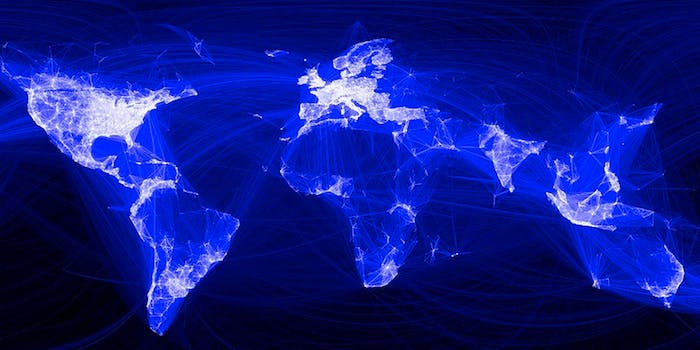 In case you’re falling for the narrative that says Facebook is on the way out and all the cool kids are migrating to some other social network, here’s new evidence of Facebook’s continued and systemic dominance of the Internet.

According to data from Gigya, a firm that tracks Internet login information, Facebook now accounts for more than half of all social logins worldwide. That means when people are given the option of signing into a third-party website using an existing social media account, more often than not they are using the social network that popularized the term.

Facebook powers more than 53 percent of global logins, far outpacing the second most popular social login, Google+, at 28 percent, and third-place finisher Yahoo! which only accounts for 13 percent of social logins. Yahoo!, in fact, lost 2 percent of it market share from the end of last year. 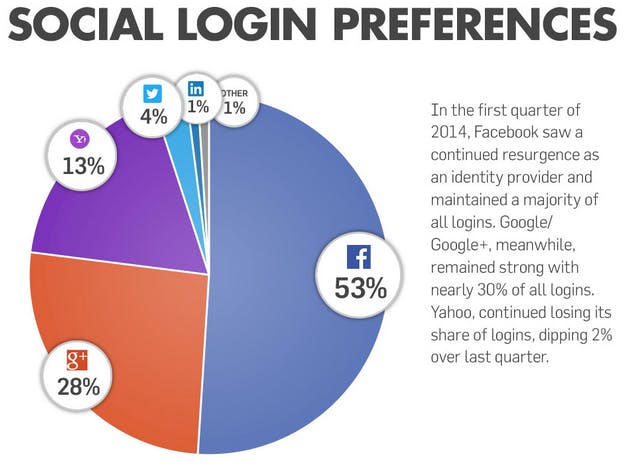 Twitter, for all its popularity, ranks just number four overall, accounting for a mere 4 percent of social logins. It barely squeezed by LinkedIn, the career-oriented networking site, which powers just 1 percent of logins.

Facebook was even more dominant on mobile devices, where it accounts for 62 percent of all logins. This likely has to do with Facebook’s seamless integration with a number of popular apps.

Across all types of websites, Facebook was the social login of choice. According to Gigya, the site accounts for 77 percent of ecommerce logins and 80 percent of education non-profit logins. Even on media sites, where Google+ makes up a healthy third of logins, Facebook still leads the market with 47 percent.

Facebook’s popularity also cuts across geographic boundaries. In North America, Facebook powers 51 percent of logins. But in all the other populated continents of the world, the social network is responsible for 59 to 80 percent of logins.

These numbers might not seem all that interesting, but they point toward an important plank in Facebook’s overall strategy for continued domination of the social media market.

At one time, Facebook profiles only mattered within the realm of the site itself. But now, with Facebook accounts increasingly being used for logins on other sites, they’ve become a way for people to establish a single, cohesive identity online. Users don’t have to track a dozen different login credentials for different sites or sign in every time.

In that way, Facebook is becoming so thoroughly enmeshed with the rest of the Internet, that it will be hard for the social network to ever lose its hold.

Further evidence of this can be seen in recently released numbers from Buzzfeed, that show Facebook also leads Google in driving Internet traffic. Though Google is still the dominant Web search engine, the way we share content online has changed to give Facebook the upper hand yet again.