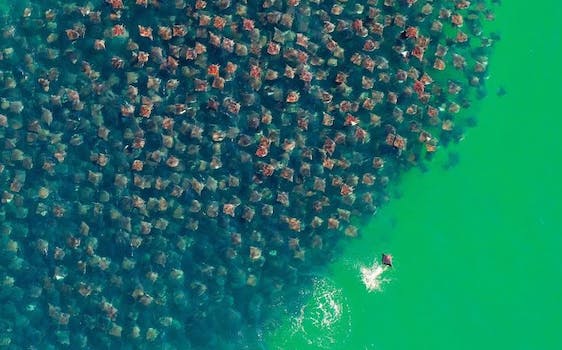 More than 7,000 people have shared this terrifying but beautiful photo from the Sea of Cortez.

Pods of dolphins are cute. Schools of fish are pretty. But a herd of devil rays is downright disturbing.

No matter though, as more than 7,000 people have shared a picture of a large herd of Munk’s devil rays swimming off Mexico’s Baja California coast. The picture was posted Wednesday by Ocean Story, a nonprofit organization devoted to educating people about oceans.

Ocean Story explained that the award-winning picture was shot in 2009 in the Sea of Cortez by German photographer Florian Schulz. He was searching for migrating whales but caught this surprisingly large group of rays instead.

Many of the multilingual comments, which clock in at 1,700 and growing, remarked how interesting the photo was. A lot of people simply wrote “wow!” and “amazing!”

One commenter wrote what many people are thinking, though: “that’s scary. imagine if you are swimming there and in their way… #death.” 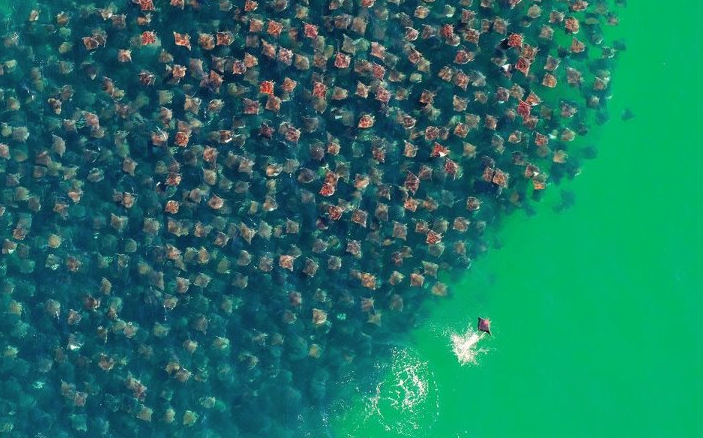