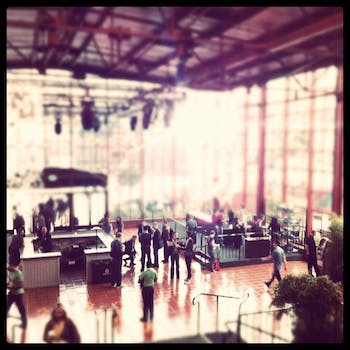 Soon, there will be no such thing as oversharing.

Facebook users who were upset by yesterday’s changes to their news feed — and there were loads of them — should brace themselves.

Company observers and analysts convening for the company’s f8 conference Thursday in San Francisco, as well as people who have gotten sneak peeks of changes Facebook will be unveiling in the coming weeks, are saying you ain’t seen nothing yet.

In a nutshell, Facebook is pushing passive sharing as opposed to active sharing. Active sharing is the conventional way of sharing content on Facebook: You post a link and your friends see it. Soon, unless you specify otherwise through account settings, most of what you read, view and listen to on the site will be shown to your friends.

Apparently, the days when you would have to take the active step of clicking “like” or posting an item of interest on your wall will soon be a distant memory.

Facebook officials could not be reached for comment as f8 got underway Thursday. The company has long maintained that any changes it makes are aimed to increase user involvement and are based on member requests.

User reactions ranged from “game-changer” to “mind-boggling” to “creepy” as details started to emerge. Some likened it to Facebook Beacon, a short-lived strategy by Facebook to share data with partner Web sites to better target advertising. The service was discontinued in September 2009 after being targeted with a class action lawsuit.

Meanwhile, other users were looking for tech fixes to do away with yesterday’s changes.

Others, however, were already trying to find potential opportunities and bright spots in the anticipated changes.

While details were slow to emerge Thursday afternoon, a Mashable article that had been retweeted more than 11,000 times gave hints about what users could expect.

“Developers will be elated, users will be shellshocked and competition will look ancient,” Ben Parr wrote.

Parr is something of an expert on Facebook’s history of radical change: As a college student, he led a protest against Facebook’s new News Feed, now the central part of its service.