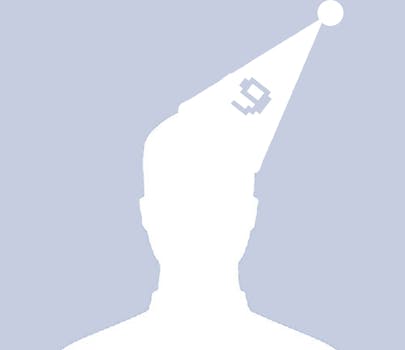 To celebrate Facebook's ninth birthday, we look at the nine moments that have defined the world's biggest social network.

Nine years ago, a couple of college kids from Harvard changed the world with the launch of a social network.

At the time, TheFacebook.com catered exclusively to students at prestigious American universities.

Since then, the company changed its name (dropping “the”), expanded its focus to cater to anyone over the age of 13 with a valid email address, and fundamentally changed the way individuals connect online.

In honor of its ninth anniversary, we have compiled nine significant events—in chronological order—that have helped Facebook become the social network behemoth that it is today.

In October 2003, Harvard sophomore Mark Zuckerberg created FaceMash, a site that took women’s photographs from the online directories of Harvard’s residential houses and placed randomly placed two of them next to each other. Users were then supposed to pick the more attractive person.

FaceMash was crass and wholly different from what Facebook is now. But the little drunken venture taught Zuckerberg a very important lesson. “People are more voyeuristic than what I would have thought,” he once said in a deposition, according to Rolling Stone.

The FaceMash incident also resulted in a Harvard Crimson editorial that called for a campus-wide directory. In yet another deposition, Zuckerberg credited this as inspiration for what would eventually become the first incarnation of his social network.

“I basically took that article … and made a site with those exact privacy controls and that was Facebook.” 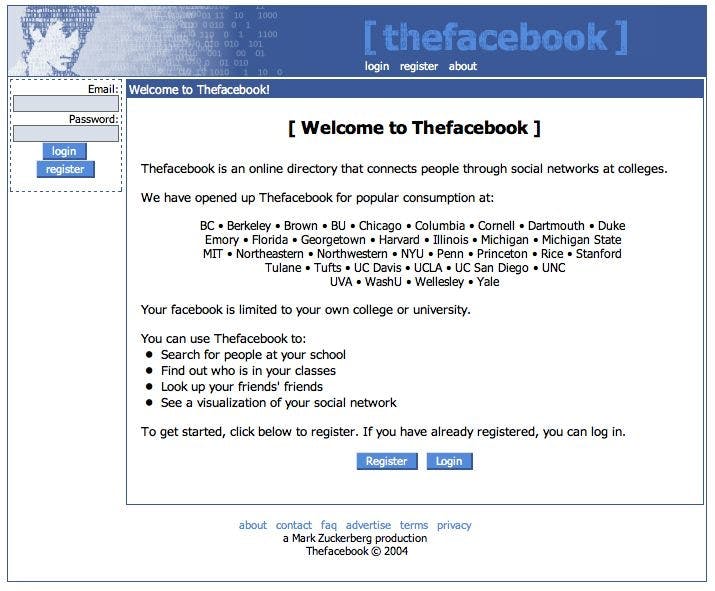 In its first months, the social network site was only available to students who attended a handful of universities—mostly Ivy League and Boston-area schools. In September 2005, high school students were allowed to join the site. Soon thereafter, Zuckerberg opened the site to employees of certain companies. On Sep. 26, 2006, he opened the floodgates to anyone over the age of 13.

The decision was met with skepticism by Facebook users at the time. Many thought that it would be the end of the site and that Facebook couldn’t possibly compete with the much bigger MySpace, which had 49.1 million members. Zuckerberg’s site had roughly 9 million.

“I don’t see this going well for Facebook,” one armchair analyst wrote in the comments section of a Mashable article on the announcement.

That person was, of course, wrong. The little site that could overtook its much larger competitor and went on to become the largest social network in the world, breaking the one billion active users threshold this past October.

The sale almost went through, too—Mark Zuckerberg had reportedly made a handshake deal with Yahoo COO Dan Rosensweig—but then Yahoo’s stock took a tumble. They lowered their offer, which Zuckerberg turned down.

This turn of events was probably one of the best things to have happened to Facebook. Just look at MySpace.

The former social giant began to bleed money and users. In 2009, the company laid off roughly 30 percent of its staff. In 2011, News Corporation cut their losses and sold MySpace to Specific Media for $35 million.

Facebook was the polar opposite.The social network grew exponentially, hitting 100 million subscribers in August 2008. That figure tripled a little over a year later.

Zuckerberg & Co. were free to build and grow the social network without being held accountable to a parent company, one which may have demanded or pressured them to focus on making as much money as possible. 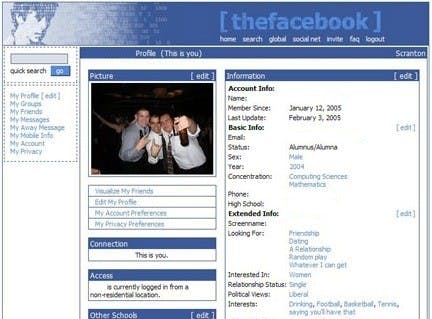 The feature created an updated list of your friends’ activity—birthdays, photo albums, relationship status, who they had friended, etc.—and placed it front and center on the home page. Before News Feed, users would see their own profile upon logging on to Facebook.

News Feed made it easier for users to keep tabs on their friends, no longer requiring them to resort to clicking on individual profiles to get this information.

As has usually been the case with just about every feature or redesign Facebook introduces, users fought back. Amongst their major complaints about News Feed was that it didn’t give users much control over what information was being shared about them. They created Facebook groups condemning the lack of privacy settings, and they launched a campaign calling for users to boycott Facebook for a day.

“We really messed this one up,” admitted the site’s founder.

“Somehow we missed this point with [News Feed] and we didn’t build in the proper privacy controls right away. This was a big mistake on our part, and I’m sorry for it. But apologizing isn’t enough. I wanted to make sure we did something about it, and quickly. So we have been coding nonstop for two days to get you better privacy controls.”

The mea culpa largely appeased the masses. Despite it’s initial hiccup, News Feed would go on to put the “social” in social network. It became an integral part of the Facebook experience, one that just about everyone takes for granted now. 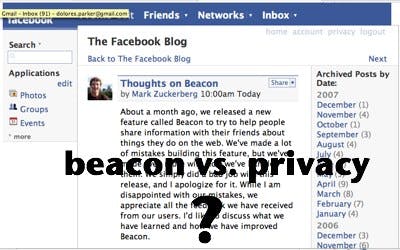 Whether it wants to admit it or not, the biggest social network in the world has a perception problem when it comes to privacy. That fact was made very apparent after the now infamous Beacon debacle.

Introduced in November 2007, Beacon was an advertising platform that tracked user’s activity on third-party partner websites—Blockbuster, Overstock.com, and others— for the sole purpose of sharing that information on people’s Facebook profile. The hope was that friends would notice this activity, and they in turn would see that as an endorsement of a given product or brand.

That didn’t happen. Users were very uneasy about the fact that they were automatically enrolled in the program and had to opt out. And even if they did, that didn’t mean that Facebook wasn’t still collecting data from the third-party sites.

Once again, Zuckerberg apologized and Facebook made Beacon an opt-in system. But that wasn’t enough to prevent a class action lawsuit over the whole affair. In 2009, Facebook shut down Beacon as part of settlement.

Sadly, this wasn’t a lesson learned moment for Facebook. The company recently settled another class action lawsuit over its Sponsored Stories program. 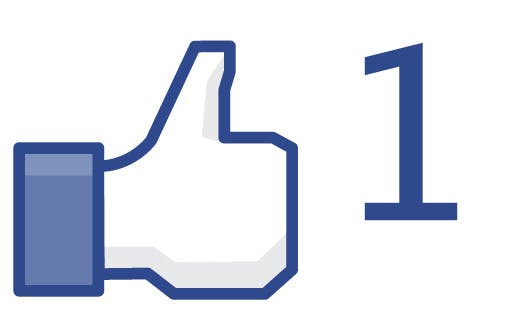 Photo via Find Your Search/Flickr

The Facebook like button is so ubiquitous that it’s hard to imagine a time when it didn’t exist.

Launched on Feb. 9, 2009, the feature was originally meant to be a simple and time saving way to let your friends know that you enjoyed what they post it, whether it be a photograph, an interesting news article, or even a witty comment.

In the nearly 4 years of its existence, the thumbs up button has evolved beyond being a quick form of online validation. It’s become a digital form of free speech, at least according to Facebook and the American Civil Liberties Union.

Beacon failed because individuals weren’t initially given the option to participate. The like button has been successful because it relies on users explicitly consenting to share their online activity. Yes, there are some reasons for concern, but not enough to stop Facebook users from clicking the button more than 1 trillion times since February 2009.

In February 2009, Facebook rolled out the Statement of Rights and Responsibilities, a document that granted users the right to vote on any future proposed changes to the site’s terms of use.

“History tells us that systems are most fairly governed when there is an open and transparent dialogue between the people who make decisions and those who are affected by them,” Zuckerberg wrote in a blog post. Facebook was bringing democracy to the masses!

Except it didn’t. While the Statement of Rights and Responsibilities did dictate that any and all new policy changes be put to a vote before they were implemented, the same document required that at least 30 percent of Facebook users actually vote. That never happened.

Facebook finally decided to get rid of the the voting mechanism at the tail end of 2012, claiming that the site’s exponential growth (it had surpassed the one billion active users mark the previous month) had made the practice unfeasible.

That policy proposal was put to a vote. Facebook users turned out in record numbers. Unfortunately, the record was nowhere near close to the required 30 percent. Only 668,872 people cast a ballot in the final vote, or about 0.0668 percent of the total user base.

Facebook might not be held accountable to its more than one billion users, but it certainly has to answer to its stockholders.

After years of fighting off multiple attempts to be purchased, Mark Zuckerberg finally made Facebook a publicly traded company on May 18, 2012, establishing a price of $38 per share of stock and moving more than 500 million shares in the first day of trading.

Unfortunately for Facebook, the value of its stock began to plummet in the days after its IPO, losing roughly a quarter of its value to this day.

Going public has pressured Facebook to increase revenue, which means that they have to squeeze out more money from you, the user. One of the ways the social network is planning on doing this is by shifting their focus on mobile.Rumors have also surfaced that Facebook is toying with the idea of incorporating autoplay video advertisements into people’s News Feed. 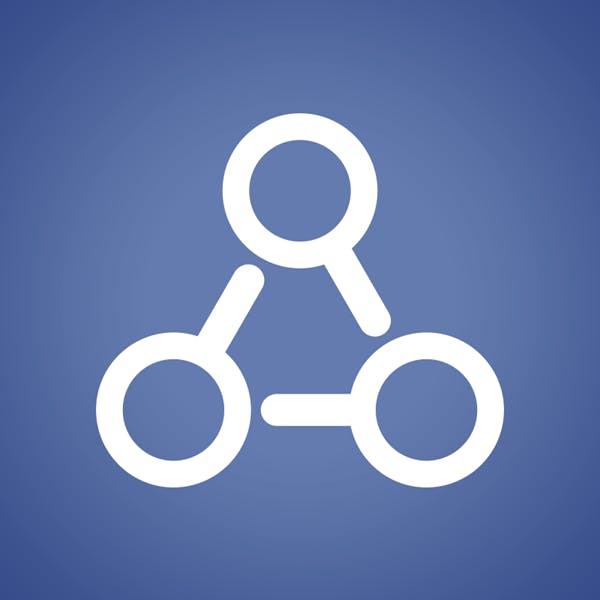 Facebook announced earlier this month that it was rolling out Graph Search, a new search tool that combs through all the data available in your social network in order to provide you with more detailed information about your friends and their interests. Unlike a regular search engine, this new tool aims at giving you specific answers to specific questions.

For example, if I were to ask Graph Search “Which of my friends were rooting for the Baltimore Ravens last night?”, the search tool would give me a list of friends who have listed the new Super Bowl champions as one of their interests. Entering the same question into Google search would have brought up a series of related links pertaining to the Baltimore Ravens.

Given that Graph Search is so new, we can only speculate about how it will affect Facebook’s future. But I chose to include it on this list because I think it will have a major impact on how people interact with the world’s largest social network.

The fact that Zuckerberg himself considers Graph Search to be Facebook’s “third pillar”— the other two being News Feed and timeline— is a good indicator of how important Graph Search may be. It has the potential to be a game changer for Facebook.

Or it could very well be another Beacon.