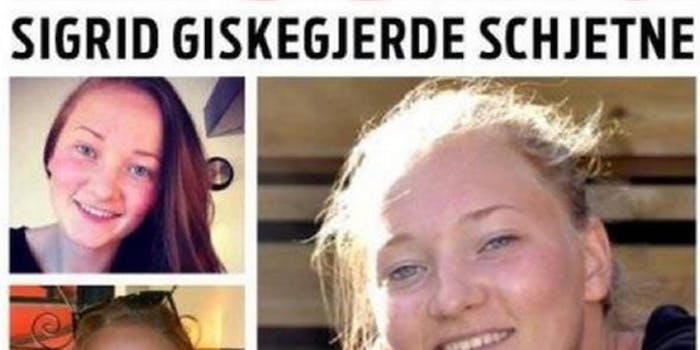 A company spokesperson said that Facebook is working closely with local authorities to provide relevant information to the case.

However, a Facebook spokeswoman told the Daily Dot that the company does not give full access to user’s accounts, but the company is working closely with Oslo police to provide as much information as possible.

“We’ve been cooperating with the Norwegian police within a matter of minutes of them contacting us and are supplying them with further information relevant to the investigation,” said Linda Griffin, a Facebook spokeswoman to the Daily Dot.

“We’re in the process of giving any content which might be relevant to the case to the police as we don’t give full access to our users’ accounts,” said Griffin.

Schjetne disappeared late Saturday night when she was returning home from a friend’s house. Police found her shoes and and cell phone at a nursery school nearby her house. Police and volunteers are canvassing the eastern Oslo suburb of Manglerud, but they have not found any leads.

Facebook and Tumblr users are helping getting the word out about the missing girl. A Facebook group collecting information about Schjetne has garnered nearly 30,000 users. A search for the Schjetne’s name on Tumblr also turns up many people posting the girls information to help find her.