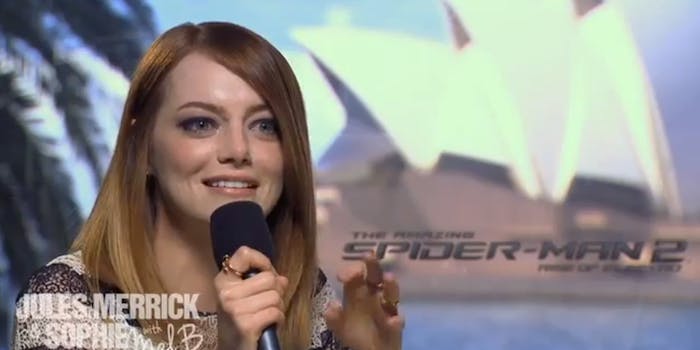 What if I told you not everyone was online?

What if I told you not everyone was online?

No, I’m not talking about your fax-machine-owning grandmother or the self-assured urbanite who flaunts his disconnectivity. Up to one fifth of the world population does not have Internet access.

By comparison, in the United States, only 6% of Americans lack access to broadband Internet—relying instead on surprisingly-widespread dial-up services. However, estimates suggest that up to a quarter of Americans are offline altogether, for reasons other than access. According to a Gallup survey, less than 10% of adults in 41 nations reported having home Internet access, with 3 countries notching that down to less than 1%.

When you wake up with Facebook, take a lunch break with Reddit, offer your Game of Thrones commentary on Twitter, then take pet selfies on Instagram, it’s often hard to remember how privileged the developed world is to have even the basics of Internet access. The Internet is a miracle of infrastructure that large portions of the world’s population are denied. Considering what Internet access can do for the entire economy of a developing country, what can we, the privileged elite, do to spread this newfound right of man?

Two major projects led by two behemoths of Silicon Valley may have at least part of the answer.

Facebook, which has acquired two drone manufacturers since the start of 2014, announced plans to provide Internet access to third world countries via Wi-Fi-equipped drones. Google, for its part, has announced Project Loon, an attempt to deliver a similar service to Facebook’s proposal.

But instead of controversial drones, Google is testing the use of friendly-seeming high-altitude balloons. If that sounds a bit too sci-fi for your tastes (as most of what Google’s been doing lately has), consider that Loon is already a success in New Zealand and one of their balloons even circled the globe in 22 days. (You can actually watch in real-time where the flagship balloons are in the world.)

While Google and Facebook would prefer you see these endeavors as more benevolence and charity from the bosom of our Silicon Valley gods, make no mistake. The more people with Internet access, the more data both companies can gain, sell, and use to develop new services and improve old ones. With 1 billion people already using Facebook and Google netting nearly 6 billion search entries per day, there simply aren’t enough potential users for them to show potential growth to their own gods: shareholders.

But let’s not paint our anarchy signs of ire across the free Internet movement yet.

While what’s good for Facebook and Google is not mutually exclusive to what’s good for society, there also exists a third road to unleashing the Internet from its Western bonds, and it may be putting access itself into people’s hands.

FireChat, a promising new app for iOS and Android, allows phones without access to either data or cellular networks to send texts and make calls to each other. Through a process known as “mesh networking,” the phones connect to each other through Bluetooth or even disconnected WiFi routers, basically turning themselves into advanced walkie-talkies.

While that might seem like just a neat trick (although it presents some great possibilities for disaster zones), the real innovation with FireChat is the ability for one Internet-enabled phone to give Internet access to as many as can fit in its 30-foot radius. Open Garden VP of Sales and Marketing Christophe Daligault told NPR, “Once you build a mesh network, you have a network that is resilient, self-healing, cannot be controlled by any central organization, cannot be shut down and is always working.”

Think of it like a co-op for the digital age. While at least one viable connection is necessary, that one node can distribute the full power of the Internet to whomever it likes at no cost. Combined with the efforts of Google and Facebook, this use of a rather old network technique (mesh networking is already in use by the One Laptop Per Child Association, as well as for field operations by the US military) shows not just a desire but a very real possibility of lifting the Internet up from the status of a commodity bought and sold to that of a free good existing in the air globally.

And if the involvement of corporations like Facebook and Google bothers you, imagine the Internet as a river a community relies on for fish. While it makes sense to catch and monetize the fish (much like social networks monetize data), you cannot—or at least should not—buy or control the river, much like American ISPs or governments like Turkey and China are attempting to do with the Internet stream.

To deny the Internet as a human right relies on the idea that Internet access is a service, much like a utility company provides electricity or gas. By lifting the Internet from the corporations or government that would hold it down and stifle its availability, it could exist as it should: something not just owned by you or I but something the world can build, innovate, and celebrate as a truly global project.

Photo via International Rivers/Flickr (CC BY 2.0)