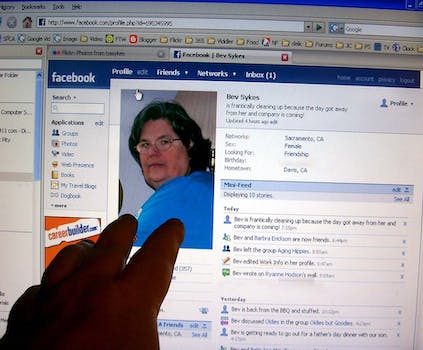 The social networking giant will attempt to address regulators’ privacy concerns before turning its facial recognition and “tag suggest” features back on.

Facebook’s facial recognition software has been switched off across Europe until the social network complies with privacy regulations.

The social network giant disabled its controversial facial recognition feature after the Irish Data Protection Commission (DPC) found that the software automatically recognized and tagged people in photos uploaded to a users profile. The feature was turned on by default around the world in June 2011 and required users to opt-out of the service, the Telegraph reported.

Facebook, which has its European headquarters in Ireland, will reportedly delete all facial recognition data in storage and will continue to work with the DPC to alter the feature before reinstating it.

“I am particularly encouraged in relation to the approach it has decided to adopt on the tag suggest/facial recognition feature by in fact agreeing to go beyond our initial recommendations, in light of developments since then, in order to achieve best practice,” Billy Hawkes, head of the DPC, told the Telegraph.

In November 2011, Germany’s state data protection authority sued Facebook over its facial recognition software claiming that “unequivocal consent of the parties is required by both European and national data protection law” before such a feature is implemented, CNET reported.

Johannes Caspar, German commissioner for data protection and freedom of Information, has since eased back on the lawsuit and praised Facebook after the latest development.

“We are happy that the Irish Data Protection Commissioner could achieve this,” Caspar told ComputerWorld.

U.S. Sen. Al Franken has criticized Facebook for its failure to notify users when implementing features that jeopardize user privacy.

But what Franken may not have realized is that having photos of yourself tagged automatically may be the tip of the iceberg. A Nashville-based ad agency named Redpepper is working with Facebook’s facial recognition software to install cameras in businesses that will scan people’s faces and “and instantly send special offers tailored to their [Facebook] likes while they shop,” The Tennessean reported.

The software was initially called Facedeals but that name will soon change because of its similarity to Facebook, Redpepper founder and CEO Tim McMullen told The Tennessean.

“Our app will be completely under the consumer’s control. We’re not going to be building a database of people not in the program,” McMullen said. “Most places already have video surveillance. We want to make sure privacy advocates see this as safe and in the consumers’ control, so it’s very much an opt-in thing. If you don’t sign up for it and give it permission to recognize you, Facedeals is just going to ignore you.”