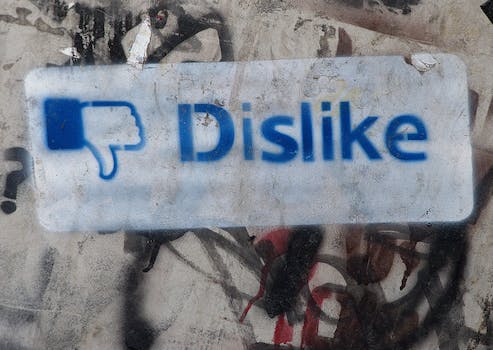 For years, Facebook users have asked the social network behemoth to introduce a “dislike” button. One only needs to enter “dislike” on Facebook’s search bar to see hundreds of Pages and groups demanding that the company give them a counterpart to the ubiquitous Like button.

Unfortunately it looks like the “dislike” button will never come, at least according to Facebook engineer Bob Baldwin.

Baldwin—he’s been involved in the development of products such as Groups, Events, Photos, and other features—fielded questions from curious Reddit users during an Ask Me Anything session.

Inevitably, the aforementioned button was brought up.

“Will Facebook ever have a dislike button??” asked offensively and dishearteningly named redditor ButtRaper.

Baldwin’s response? In short, not any time soon.

“Like is the lightest-weight way to express positive sentiment. I don’t think adding a light-weight way to express negative sentiment would be that valuable. I know there are times when it’d make sense, like when a friend is having a rough day, or got into a car accident like my sister yesterday (she’s okay!). For these times, a nice comment from a friend goes a long way.”

Facebook’s refusal to introduce a “dislike” button might not be such a bad thing. After all, according to a 2012 study, the social network already has adverse effects on users with low self-esteem. We can’t even imagine how these people would react if their posts were disliked by their friends.

For now, any user who wants to express displeasure over a Facebook post will have to resort to doing it the old-fashioned way: using the comment section.