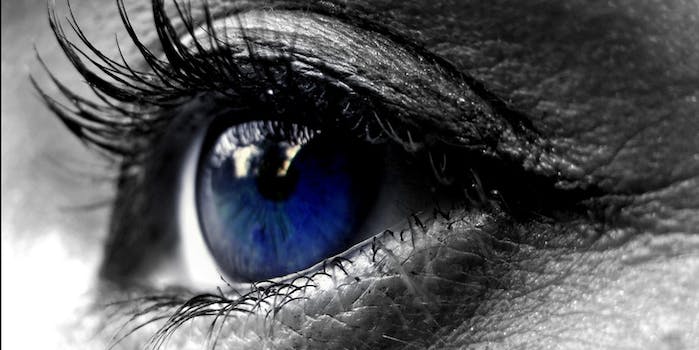 “It is usually caught in an unexpected way.”

The rare condition is known to cause blindness as dilated vessels alter blood flow. The two friends told the Memphis, Tenn., mother, Tara Taylor, that she should get her daughter’s eyes checked after they noticed three-year-old Rylee’s eyeball was glowing in photos.

“They said, ‘Hey, I’m sure it’s nothing. It’s probably the lighting, but your daughter’s eye is glowing and you might want to check it out,’” Taylor told WREG.

Rylee’s lucky. Most people would have just attribute the glow to the common red-eye photo effect.

Taylor took Rylee to a doctor, who diagnosed her with Coats’ disease, an illness that affects fewer than 200,000 Americans. If caught early, treatment is possible to help patients retain their vision.

“The significant problem we have with children is that a child won’t say ‘Mommy, I can’t see out of my right eye,’” said Dr. Jorge Caldaza who inspected Rylee’s cornea. “It is usually caught in an unexpected way.”

That’s certainly true in this case.