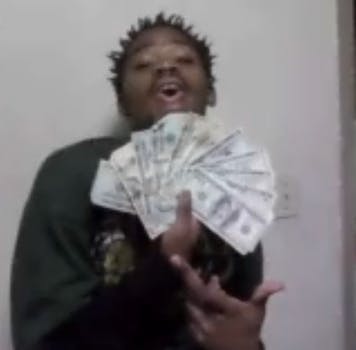 Dad flaunts cash on Facebook, gets arrested for child support

A Milwaukee man is facing felony charges after allegedly failing to pay child support and flashing his cash on Facebook.

Christopher Robinson flaunted wads of money and booze, according to CBS58. Court documents claim the 23-year-old has a 2-year-old child and has never made a child support payment.

“What a photograph enables us to do, is if somebody has more money than maybe they are indicating they do, that allows us to apply to the court for a search warrant,” Milwaukee County Chief Deputy District Attorney Kent Lovern told CBS58.

He added that Facebook is a “great investigative tool” that can often provide insight into how people under investigation are truly leading their lives.

Another man under investigation by the DA’s office apparently claimed on Facebook to be employed with enough money to afford a motorcycle, while allegedly dodging child support payments.