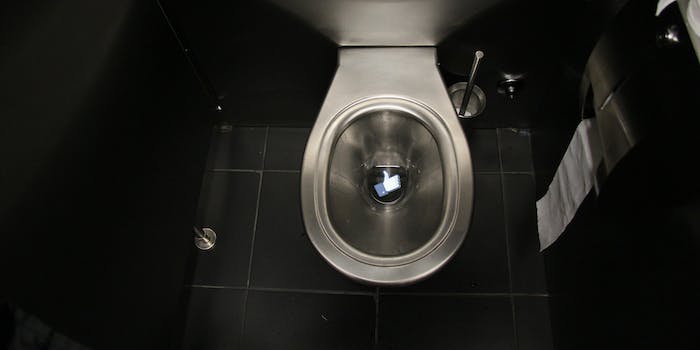 If you haven’t seen Facebook's auto-play video yet, you will—soon.

It was just a regular Friday night of eating Costco pizza and watching Gladiator for the nth time when one of my roommates offhandedly said, “Huh… all the videos in my Facebook feed are auto-playing.”

Faster than a fat kid (or I) can consume aforementioned Costco pizza, I’d whipped my phone out and was scrolling through my own newsfeed. It was true: A guy I worked with in college posted a video of his dog’s first time seeing snow. And one a friend from high school posted her kid’s piano recital. Both started playing on their own, without prompt.

If you haven’t seen the auto-play video yet, you will—soon. Basically, you’re just scrolling along, when suddenly a native video (meaning one from Instagram or uploaded directly to Facebook) will go from freeze frame to moving and making sound, without any hitting of the play button. Timing wise, it felt less interrupting than Vine, more fluid than Instagram.

It wasn’t annoying. It was almost hypnotizing, seeing these static images go into motion all on their own. Soon enough, Russell Crowe came second to the newfeed as my roommate and I looked for more self-playing videos. Sure, we’ve all been treated to far too many photos of these dogs and babies, but seeing them spring into life on the feed itself is something new entirely. I’d lose it if I saw one more photo of her dog with a sweater on, but here’s one jumping in the snow! It was new and fun and different. It sort of gave these old, overused photo subjects new life.

On the hunt for more we went. But we quickly ran into a problem: We couldn’t find more. It took me 20 minutes to find another example of these auto-play home movies. What I realized in those 20 minutes? No one posts Facebook videos. I can remember a total of three times—ever, in the embarrassing amount of time that I’ve been using Facebook—that I’ve uploaded a video.

Over the weekend and into Monday, I returned to Facebook a few times to try and spot more auto-play videos, but I haven’t seen one. For now, the new auto-play video rules only apply to Instagram videos and uploaded videos, but eventually the same treatment will soon be given to YouTube and Vimeo videos, and video ads.

Implementation is running sure and steady for now. “Yes, we are continuing our wider rollout of in-line videos in News Feed on both iOS and Android,” a Facebook spokesperson told me. “Most users globally will see this in the coming weeks.”

Video is still social media’s white whale. No platform has been able to totally dominate the sector: Viddy enjoyed a bout of success, recently followed by a pivot that stinks of submission. Instagram relatively recently added the feature, but it remains second to stills. And a handful of other social video networks petered out, following launches of varying success.

While Vine and Instagram have opened the doors here, there’s certainly room for progress. The only constant is YouTube, which continues to dominate the market, even for all of Google+’s failings. Vimeo has also made a name for itself, though a viral YouTube video still bests it. But video is only going to become more and more important, so the experimentation here will continue.

The auto-play addition originally sounded like more Facebook spam, but after actually seeing it I reconsidered. There’s an opportunity here for someone to do something new, mobile, and interesting with video. Why couldn’t it be Facebook?

Maybe this could be a return to the glory days of When Facebook Was Fun! This could have signaled a standalone app that makes video fun, easy, and social—the great trifecta.

Unfortunately, that’s really unlikely. Much ado has been made about the ad impact video has, and this tip-toeing into auto-play with native videos is really just a way to warm us up to the idea. In its original announcement, Facebook admitted as much: “At first, this feature will be limited to videos posted by individuals, musicians, and bands. We’re doing this to make sure we create the best possible experience. Over time, we’ll continue to explore how to bring this to marketers in the future.”

It all sums up our repeated problems with Facebook. Creativity is sacrificed for marketability. There’s a gaping hole in social video begging to be filled, and instead of doing that with some great, original product (which is increasingly absent Facebook), we’re going to be lulled in a freezing death.

At first, it’ll be horribly painful—and we might rage and scream. But then we’ll just get all warm and fall asleep.