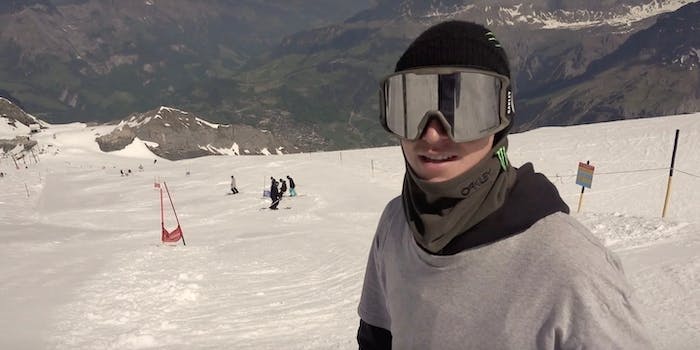 He escalated the situation.

Swiss skier Fabian Bösch is used to catching air when skiing, but his recent encounter with a grounded mode of transportation saw him catching air in a much different way.

Bösch won’t compete in the Winter Olympics for several days, so in the meantime, he’s is exploring the area and getting into a bunch of shenanigans. Whether it’s climbing on top of the Olympic rings or treating a pallet truck like a bobsled in what looks like a garage, Bösch is posting his adventures on social media.

But what’s impressing those outside PyeongChang, South Korea, is his latest move. While his teammate rides the escalator to an upper level, Bösch casually grabs the handrail to catch a lift. Bösch makes it look fun and easy as he rides up by only the strength of his right arm, but it’s the kind of thing we’d probably fail at miserably if we were to try.

Seriously, don’t try this at home.

After 20 years I still couldn’t figure out how these things work! Am I doing it right? 📽: @jonashunziker