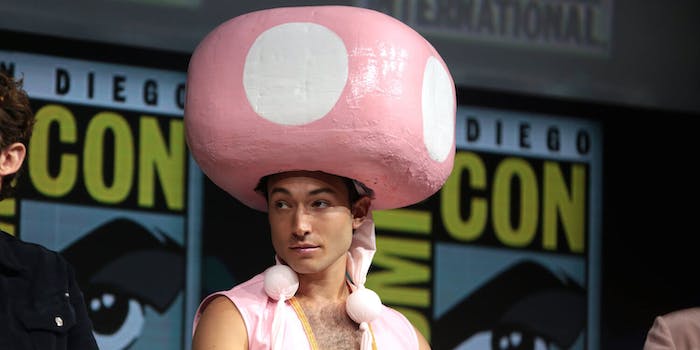 'On My Block' star Diego Tinoco dragged Miller on Twitter.

Twitter users slammed Ezra Miller after a video of the star appearing to choke a fan surfaced over the weekend.

In the video, which was reportedly shot in Iceland, a smiling woman approaches Miller, gesturing as if pretending to start a fight. Miller asks the woman, “Do you want to fight?” before putting a hand around her throat and wrestling her to the ground. What started as a joking exchange apparently took a serious turn, as evidenced by the cameraman repeatedly saying, “Whoa, bro, bro, bro” after Miller knocks the woman down.

“Dam.. insanely inhuman to disrespect and a harm a fan like that. Don’t know the whole backstory but I don’t think I have to,” Tinoco wrote. “People get so clouded up in their heads with vanity they think they can do whatever they want to whoever they want. Fuck Ezra Miller.”

Others slammed the star’s behavior and lamented learning that their fav had seemingly revealed themself to be problematic.

And, this being Twitter, many users cracked jokes about the video, including at the expense of fans who say they want celebrities they find attractive to choke them.

It’s unclear if the woman in the video had a previous relationship to Miller, as are the circumstances leading up to their altercation. Representatives for Miller did not immediately respond to request for comment.