Man buys extendable claw, is a real jerk to his girlfriend with it

Despite his girlfriend's pleas to go away, this guy never will.

It doesn’t take much for any schlub to annoy his girlfriend/wife/significant other to no end. A dude named Rob Pugh discovered he could do it for less than a pound.

He did so by buying an extendable claw for 99 pence at the grocery store and then proceeded to play grab-ass with his girlfriend, help her clean the kitchen, snack on yogurt, take out the trash, and take care of a little business by himself in the bedroom. All with that claw.

Take a look at the video below for all the annoying hilarity (and beware, there is a faux-masturbation gag in there that, surprisingly, didn’t get a reaction from his girlfriend next to him in bed).

My favorite part? The 15 or so times his poor girlfriend slaps at him and says something along the lines of, “go away” while constantly showing him this face. 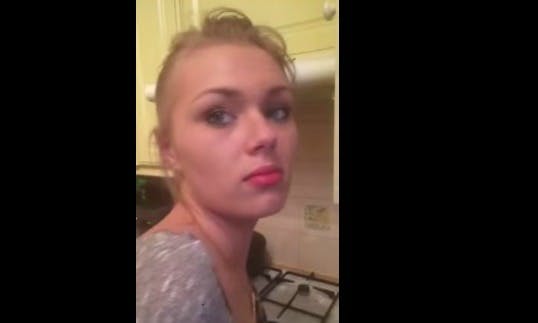 That expression must be the culmination of what it’s like to live with the guy all the time. From bedtime to wakeup time, Rob Pugh is a real treat.