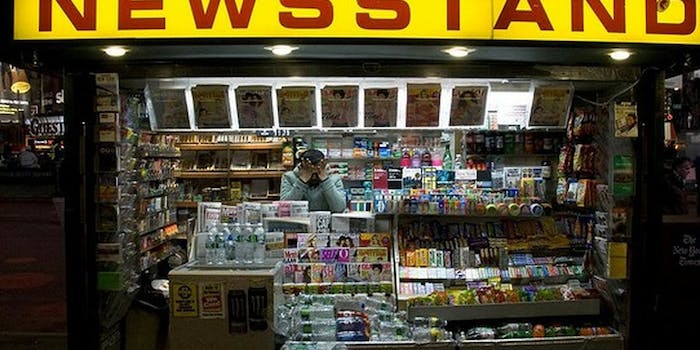 Now you can read The New York Times without leaving Twitter.

Text makes up only a fraction of the modern tweet.

On Wednesday, the micro-blogging community gave users even less of a reason to leave the site. Now when you view tweets with links to certain media outlets on the Twitter website or mobile site (and soon on the mobile apps), you can simply expand those tweets to view more details without having to leave Twitter.

For instance, if you click on a tweet containing a link to The New York Times, The San Francisco Chronicle, or Der Spiegel Online news story, you’ll see a brief snippet containing the headline, intro, and often the writer’s and publisher’s Twitter profiles.

Twitter’s teamed up with a number of partners like WWE and Buzzfeed to show images from those sites directly within tweets. It’s also showing video content from the likes of BET, Lifetime, and Dailymotion. Other partners include The Wall Street Journal, MSNBC’s Breaking News, and TIME.

For tweeters, it makes understanding the context behind a tweet a little easier, while the media outlets can boost their visibility by getting their rich media in front of Twitter’s website users. Meanwhile, Twitter will be hoping that it can get tweeters to hang around on its own site a little longer and not head directly into the Web’s ether.

Don’t worry if you can’t see the new-style expanded tweets just yet. Twitter’s gradually looping everyone into the updated system starting Wednesday.

Meanwhile, Twitter has yet to add expanded tweet support for Imgur, Reddit’s image hosting service of choice. That’s probably a good thing, since we’d hate to accidentally expand a tweet and see something as horrific as this.