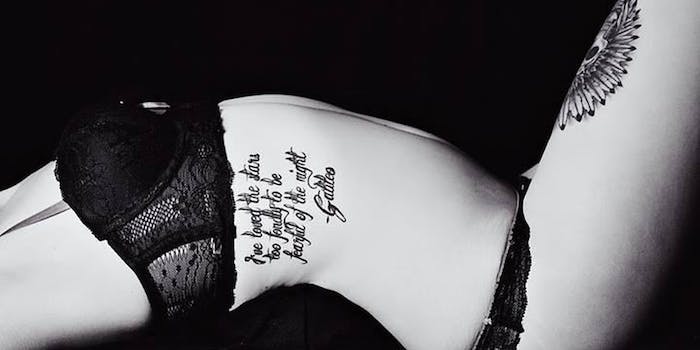 One of the greatest constraints to acknowledgement of this fact is that we as a collective society make every attempt to desexualize young people of all genders at the expense of both comprehensive sex education and validation of natural sexual feelings. Our rhetoric around youth and sex is dangerously misguided: sex is introduced as a solely reproductive act along with a myriad of strategies used to prevent you from doing it. STDs. Depression. Religious and familial ostracism. Damaged reputation. Pregnancy and teenage fatherhood. Destruction of marriage potential.

The general shaming of sexuality of young people runs concurrent to a world oversaturated in commercial sexuality, and yet we keep our friends, our families, and ourselves as non-sexual as possible despite clear biological sexual imperatives and cultural motivations. We raise our children to call their genitals by “cute” and unrelated names. We police clothing at school to keep boys from the uncontrollable sexual temptation of possibly seeing a shoulder. We instill early in girls a sinister and pervasive message: you are only worth as much as your sexuality, and thus, you should keep it “pure,” and private.

By restricting access to sexuality, I don’t mean suddenly telling eleven-year-olds that they should go have sex. I mean the cultural refusal to acknowledge the fact that at some point, a large proportion of young humans develop sexual urges and that our response to this thus far has been complete and total repression. We don’t talk to our kids about sex, unless it’s the  “when two people love each other” conversation. We don’t talk about the fact that bodies are weird and do weird things. We don’t talk about consent, we don’t talk about the vast scope of sexual possibility in both desire and act, we don’t engage in conservation about real bodies, real needs, and real consequences.

We don’t talk about sexual violence (against all sexes) or what to do if you and a partner have divergent sexual interests, or the fact that most people’s breasts and testicles are actually different sizes, that everyone enjoys different sexual things, or that on average, hard penises aren’t actually nine-inches long. Instead, we leave those we are responsible for educating to a world devoured by dressed-up, photoshopped, and scripted sex in an attempt to protect them from…from what? From the truth?

Why are we relying on the capitalist media enterprise to falsely educate us about sexuality and then blaming the industry when they do just that? This is a great disservice, and our shifting of blame entirely onto pornography reads as little more than a self-diversion from our own failings.

Turning our lens of blame to pornography for its universal and incontestable “exploitation of women” infantilizes the myriad of women who want to be in the sex industry (see: Wendy McElroy’s work) and those who consume porn—and weren’t forced by men to do either. Pornography itself isn’t the problem; the problem is that these dangerous elements are not being combated within the sex industry. Clearly, the solution is not prohibition.

We need to start by telling ourselves the truth: maybe sex is neither as great nor as evil as we’ve built it up to be.

Meredith Loken is a Seattle-based Ph.D student, sexual violence researcher, sex-positive feminist, and cat enthusiast. She can be reached for comment at [email protected] This article was originally featured on the Good Men Project and republished with permission.