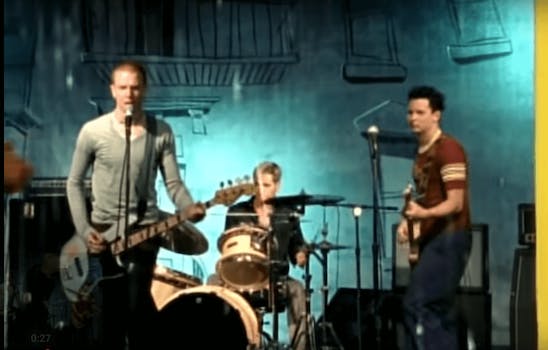 That’s right. It was Eve 6 this whole time. You remember… Eve 6? C’mon man… Eve 6. They had that song about putting your heart in a blender? It was on the radio all the time. Look, here’s the video:

Ah, now you remember. Yes, Eve 6 has officially been named the most important band of the ’90s by none other than Eve 6 themselves, and really, who would know better?

The band posted this startling revelation to Twitter on Monday, Feb. 10, and it has since been confirmed by Eve 6 fans around the globe.

Although some people felt the band wasn’t giving themselves enough credit.

Naturally, there were a few naysayers out there, but what can you do? Haters gonna hate.

Now it’s possible that Eve 6 (who, to be fair, were a pretty decent alt-rock band) posted that tweet to do some good-natured trolling. It might even have something to do with their upcoming tour with second-most-important-band-of-the-nineties Alien Ant Farm.

You remember… Alien Ant Farm? That did that cover of a Michael Jackson song? Oh, Come on man!