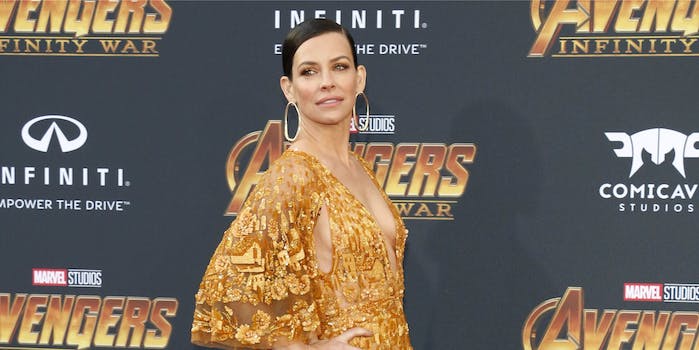 'I was projecting my own fears into an already fearful and traumatic situation.'

More than a week after actress Evangeline Lilly said that she wasn’t self-quarantining to prevent spread of the coronavirus—comments which drew massive backlash online—the actress is apologizing for her previous “insensitivity” when discussing the pandemic.

In a new Instagram post, Lilly noted that she and her family have been practicing social distancing and trying to help flatten the curve since March 18 once her town instructed citizens to do so. She explained that when her original post went up, government policies were more lax (e.g. congregations of more than 250 people were banned). She also believed that in her original post, she was trying to inject some calm amid widespread anxiety.

She now sees that she was wrong and that she was projecting her own fears when she wrote about maintaining normalcy. She also acknowledged that her silence over the past several days only made it worse.

“I want to offer my sincere and heartfelt apology for the insensitivity I showed in my previous post to the very real suffering and fear that has gripped the world through COVID19. Grandparents, parents, children, sisters and brothers are dying, the world is rallying to find a way to stop this very real threat, and my ensuing silence has sent a dismissive, arrogant and cryptic message.

My direct and special apologies to those most affected by this pandemic. I never meant to hurt you. When I wrote that post 10 days ago, I thought I was infusing calm into the hysteria. I can see now that I was projecting my own fears into an already fearful and traumatic situation.”

Lilly’s post comes after days of condemnation from Instagram commenters and other celebrities. Sophie Turner mocked her in an Instagram Live video while Lilly’s Lost co-star Maggie Grace wrote a lengthy comment pushing back against her original views that ended with a reminder that Daniel Dae Kim (another Lost co-star) is recovering from COVID-19.