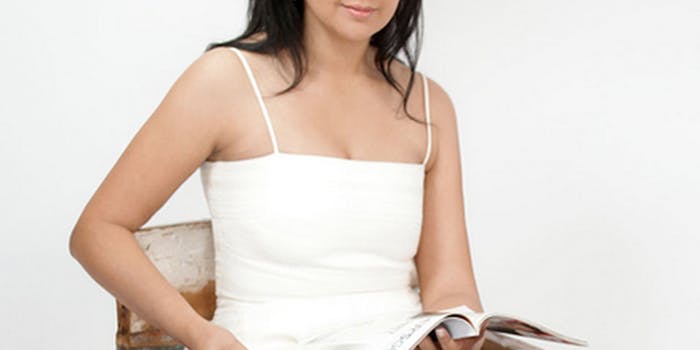 It's against the rules to distribute wholesale goods on Etsy. But administrators say Ecologica Malibu is doing nothing wrong.

Etsy is continuing to defend a shop owner who many accuse of being a reseller—a vendor who distributes wholesale goods instead of crafting them.

Community members were upset Friday after the official Etsy blog highlighted Ecologica Malibu, a shop that may be importing furniture—not making it.

Regretsy, an Etsy parody site that sometimes serves as a watchdog, discovered evidence that the shop may be associated with wholesale retailer Bali Ha’i Imports. Both Ecologica Malibu and the retailer share the same physical address and sell identical wood furniture imported from Malaysia. Sellers even found a bill of lading that indicates the furniture was imported.

The allegations were severe enough to provoke Etsy into running a full investigation on Ecologica Malibu. Now, Etsy administrator Juliet Gorman has published the results of the investigation. The company found nothing amiss.

“We can assure readers that we’ve thoroughly investigated all the questions raised publicly over the last two days with Mariana, including sales on other websites and related business entities,” Gorman wrote in the forums. “Mariana has documented that the furniture sold on Etsy through their shop is constructed in their Malibu studio from raw materials sourced in Indonesia.”

Instead, Gorman wrote, the confusion was the result of semantics. Since, as Gorman wrote, Ecologica Malibu has a local staff, that would define it as a collective shop, a detail that should not have been left out of the interview or the shop’s information.

“Ecologica Malibu is a collective shop, run on Etsy by Mariana with help from a local staff,” she wrote. “In keeping with Etsy’s rules, that collective should have been disclosed within the shop; this is now corrected.”

A revised version of Ecologica Malibu’s interview has been published, with community members’ comments deleted. Further comments were closed. Users were encouraged to comment on Gorman’s statement in a separate thread.

However, community members have still found a way to make their voices heard. In the Etsy forums, more than a hundred sellers are drafting an open letter to Etsy CEO Chad Dickerson.

Dickerson told the Wall Street Journal last week that policing Etsy for factory sellers was “important.” The CEO, however, has previously been accused by community members of ignoring the reseller issue. Judging by the letter, he’s getting flack for this yet again.

“If you go to allfromboats.com her ‘Furniture Showroom’ address CLEARLY is pointed out on their website as a ‘Distributor,’ wrote StuffINeed. “This shop is NOT a ‘Collective’ no matter how much this seller tries to say it is, and no matter how many lawyers she throws at Etsy.”

Etsy does not comment to the press about individual sellers. We look forward to seeing if the “handmade marketplace” revises its restrictions on factory resellers in light of this incident.