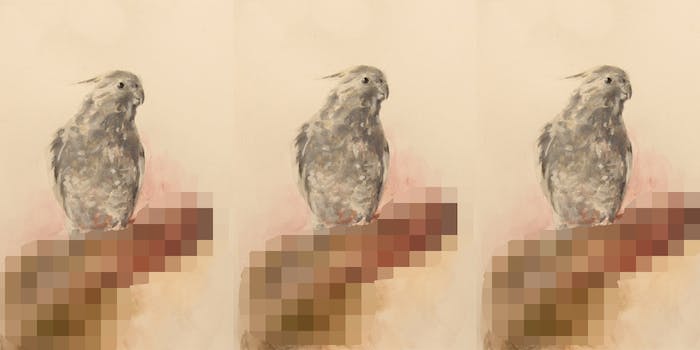 The art world can be a bit confusing. It’s hard to know what’s good or to have the confidence to admit to your own tastes. And even if you like art, supporting living artists can quickly turn into an expensive habit. However, if there’s any art worth dropping money on, it’s a painting of a beautiful bird sitting on a fat D. 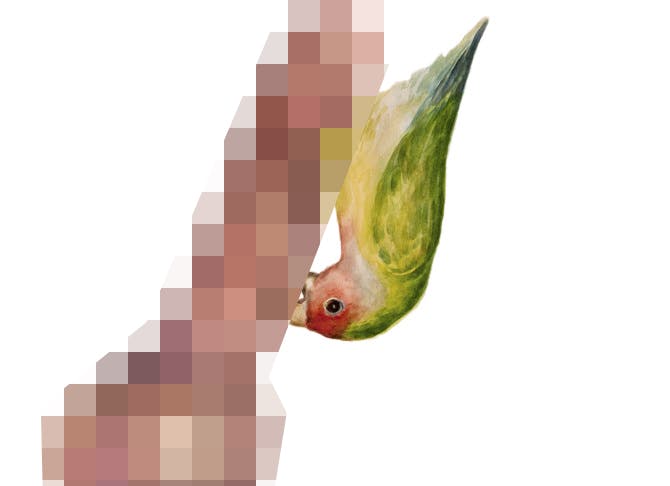 Brittany Zagoria is an artist working out of El Cerrito, Calif., who paints, among other things, birds and penises.

Sometimes the birds are sitting on the penises. Sometimes they have the penises in their mouths. And for $250, you could have such a masterpiece in your house. Zagoria’s avian artwork lives on Etsy. (You can find the uncensored images there too.)

We spoke to Brittany about being an artist in the digital age, her inspiration, and most importantly, why she started drawing birds on dicks.

Has art always been a part of your life?

I’ve been doing art since I was a little kid. I’ve been drawing my whole life. My mom went to art school, and my dad started paining about 15 years ago. I was lucky to have been brought up with a lot of encouragement to do art. I always knew I wanted to go to art school, but didn’t know if I wanted to do painting or fashion or even sound. I went to the Art Institute of Chicago, and I narrowed it down and found my passion for painting as a medium. I majored in painting and drawing and graduated with my BFA in 2011, and then moved to the Bay Area with my fiancé.

It’s hard out there for all artists. When I got out of school I realized there are no art jobs, and a lot of people I went to school with already knew that, but I sort of thought I’d graduate and be able to do something with art. But that’s impossible basically. I knew I wanted to do something creative to pay the bills, so I work teaching K-5 students during the day, which gives me that creativity. Kids are really naturally creative. I learn a lot from them and can come up with a lot of artistic activities. But the ideal situation is staying home and painting and getting paid for that. 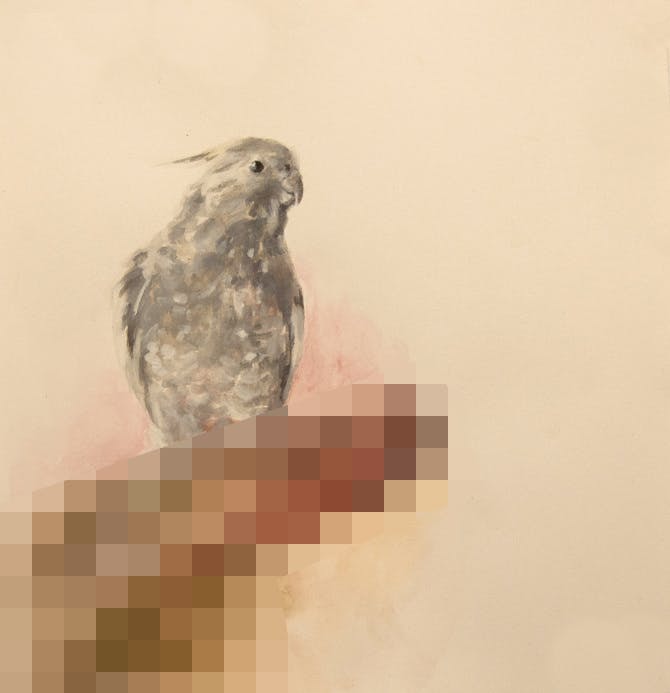 A lot of artists seem to use Etsy as a marketplace, since as you mention, it’s tough for artists to be seen and to sell things. How has that been?

It’s been pretty good. They take an extremely low commission, which is nice of them. I haven’t come upon anything similar out there for selling art. And luckily I’ve never had any bad customers. Everyone has been super-nice.

OK, so where did the Birds and Dicks painting line come from?

“As a joke, I’d perch my bird on my fiancé’s penis. They were both totally miserable
about it.”

The idea really started with me being obsessed with birds. My other passion is birds. I have a ton of birds, and I also work taking care of pigeons and doves that need to be rehabilitated. My future plans are to continue to work on my art, obtain gallery representation, and become a veterinarian specializing in avian medicine.

I have a cockatiel named Stella, and when my fiancé and I started going out, Stella was not happy about having another person in the picture. So as a joke, I’d perch her on his penis. They were both totally miserable about it, but I thought it was hilarious.

I was part of a studio show where the theme was animals, so I decided to paint Stella on his penis for that show. People thought it was really funny, and I sold a few prints of that, so I decided to do more. It’s a bit of a technical exercise for me, and less conceptual. With my other art, my heart is in it more, and this is just more fun. But it’s funny that this is the thing that people have responded to and actually buy, while I’m waiting for the other stuff to hit.

That seems to be a common experience for artists and creative types: The thing you spend 10 minutes on as a joke becomes really popular, while the stuff you focus on and care about never gets seen.

What’s harder to draw, a bird or a penis?

I’d say the penis is more fun to draw than the bird. It’s a little bit easier, too. I’ll do a lot of research on the birds and find out a lot about them, and look at a lot of reference photos before I start. And I’d say drawing bird-feather texture is harder than drawing skin. 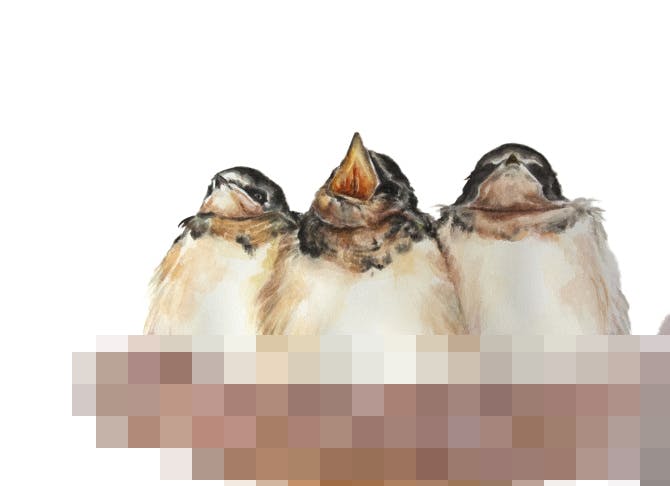 Birds on Dicks is certainly good for a laugh online, but who are the people who have been buying these pieces?

One of the people actually bought it for his girlfriend for her birthday! She had apparently seen it somewhere and had laughed about it, so he thought it’d be a good gift. When I first started doing them, I emailed some websites like Jezebel to see if they’d be interested, and then Reddit caught on at one point. A lot of people on Reddit were talking about it and seemed into it, and I got some buyers from there.

How many “put a bird on it” jokes have you gotten?

On Reddit, that was everywhere! I’m all for that. I am that person who will put bird memorabilia on everything; the more birds, the better.

Is the Birds and Dicks line similar to your other artwork? How would you describe the art that you take more seriously?

I’m really obsessed with beautiful things like nature and scenery with a slight horror in the background. I’m pretty misanthropic. I love this idea of these idealized places, [where] in the background there’s something wrong or off about it. I also do a ton of portraits, and I get really invested in faces and how different features signify different things. I listen to a lot of comedy, and I appreciate the idea of being depressed by life but being able to laugh at the absurdity. Or just being able to observe it from a distance.

If you went down in history as the girl who painted birds on penises, but your other art wasn’t as well known, how would that make you feel?

I guess it’d just reinforce that absurdism I was talking about: that reality-TV-level stupidity I sort of love. I think that’d be awesome, just a really funny last joke. I’d totally appreciate that, in a really cynical way.