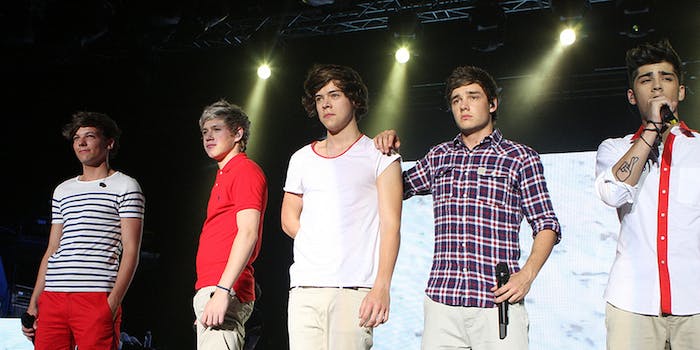 ESPN is at the center of another racist news-broadcast typo scuffle after showing a graphic that highlighted a Japanese Little League player’s favorite band as “Wandai Wrection.” 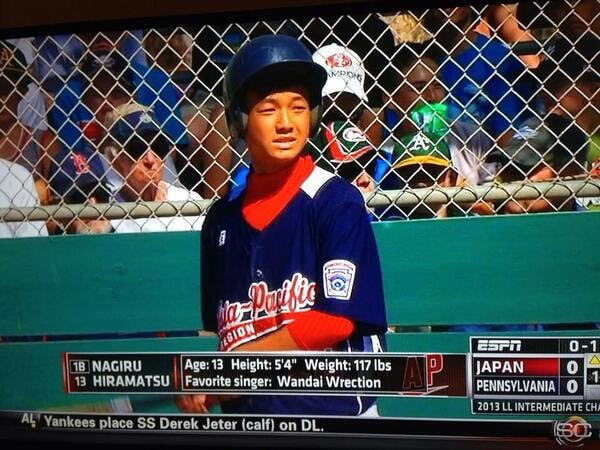 That band doesn’t actually exist. Saying the name out loud indicates Nagiru Hiramatsu is actually a admirer of Anglo-Irish conglomerate One Direction—you know, one of the hottest acts on the planet. The graphic aired during Monday’s Little League Intermediate World Series championship game between Osaka, Japan, and Collier Township, Pennsylvania.

It’d take a bad ear, perhaps a little casual racism, and a complete dearth of cultural awareness on the part of an ESPN producer or intern to jot down “Wandai Wrection” instead of “One Direction.” At the least, it’d have taken about eight seconds to ask the 13-year-old baseball player how to spell the group’s name and avoid all-round embarrassment.

ESPN’s flub might not be brushed under second base and forgotten, if a recent incident is any indication. Last month, pilots of a crashed Asiana Airlines plane were identified onscreen by a Fox affiliate as Captain Sum Ting Wong (something wrong), Wi Tu Lo (we too low), Ho Lee Fuk (holy fuck), and Bang Ding Ow (bang ding ow). KTVU canned at least three producers over the racist gaffe.

Twitter inevitably pounced on ESPN’s whiffed effort at helping us get to know the young stars of the tournament.

Just waiting for a cover band that plays bowling alley bars to be called “Wandai Wrection”.

“I love Wandai Wrection, too. I grew up listening to his father, Hugh G.” – #espn

A One Direction fan grabbed the @wandaiwrection handle for safekeeping.

Putting aside the similarity to “erection,” Wandai Wrection would be an OK band name. It’s neatly alliterative and rolls smoothly off the tongue. If only a hysteria-inducing boyband didn’t already have a near-identical name.