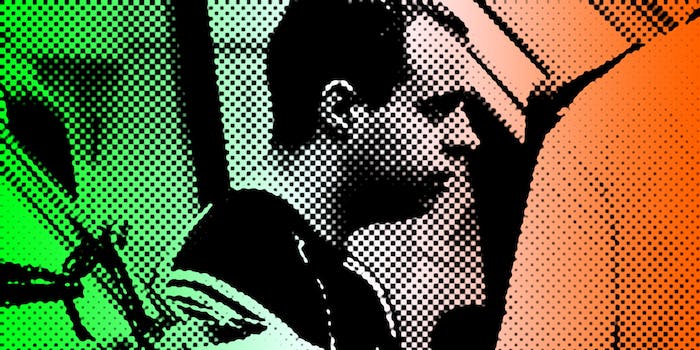 Eric Eoin Marques, the alleged owner of Freedom Hosting, faces up to 100 years in prison if convicted.

The court previously refused bail on the grounds that Marques was a flight risk.

Earlier today, FBI special agent Brooke Donahue testified that Marques had been found to be in possession of “high quality” scans of a fake U.S. passport under the name Edward Thomas Brown, reports the Irish Independent. Marques allegedly sought information on how enter Russia, become a resident, and ultimately gain citizenship. Agent Donahue said that Marques was attempting to move to Russia, not unlike National Security Agency whistleblower Edward Snowden, to avoid extradition to the United States.

The FBI and Irish police claim that $1.5 million passed through Marques’s bank account last year, making him able to conduct business from any country in the world. Irish inspector Declan Daly objected to bail on the belief that Marques would flee, according to BreakingNews.ie.

Marques, who has no criminal record, denies the accusations. His defense attorney insists he is entitled to the presumption of innocence.

The decision on bail will be made tomorrow.

Marques faces four charges linked to his alleged administration of Freedom Hosting, the most prolific host of child pornography images on the Internet. The Independent reports that the images were described as “extremely violent, graphic and depicting the rape and torture of pre-pubescent children.”

If convicted, Marques faces up to 100 years in prison.