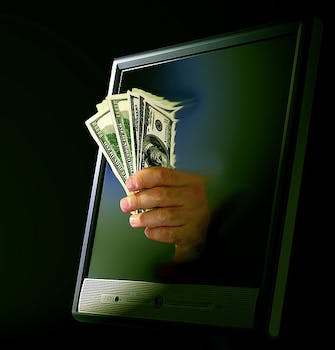 Company lets you sell your personal data directly to advertisers

“If you are not paying for it, you’re not the customer; you’re the product being sold.”

That quote from a Metafilter commenter back in 2010 has come to personify the social network business plan. Users get to log on to Facebook, Twitter, and others for free, but in return their personal information is often sold clandestinely to advertisers.

But new start-up, Enliken, poses an upset to this routine: what if users themselves were in charge of selling their own personal information directly to advertisers?

“We see data as a currency. Why don’t we help the people who are creating the information monetize it?” cofounder Marc Guldimann told the New York Times. “We think that letting individuals offer a competing product in the marketplace for consumer data is the most efficient and least destructive way to move the Internet to a privacy-friendly space.”

Using the slogan, “data to the people,” Enliken aspires to cut out the middleman—tracking companies—and let advertisers deal directly with consumers. Users willingly download software to track their personal data, screen what gets captured and sold to advertisers.

Enliken values each user’s data around $1 per person per month or $12 a year, so that’s the price users receive in return for their sales. After a user earns money from a sale, he or she then chooses a charity to receive the proceeds. (Enliken takes a 10 percent cut.) It’s not currently an option for users to retain that $12 for themselves.

On Enliken’s main page, the company states, “Personal data is a billion dollar business.” But individually, users can’t even earn $15 from their data per year. So why use Enliken?

Instead of monetary motivation, Guldimann said people will use Enliken out of a desire for more control over their online personas.

“[A]s humans get educated about something, they move from a place of fear to a place where they want control over it,” he told the Times. “When you empower people to control something, you make them feel good.”