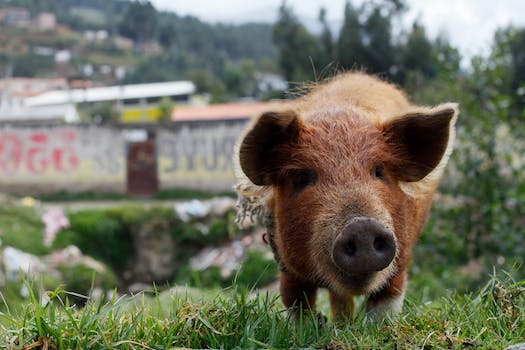 Woman kicked off flight for having a ‘disruptive’ emotional support pig

Did you have a stressful Thanksgiving? Was your flight home canceled, or did fights with your racist uncle about Darren Wilson get you down? Well, however anxiety-inducing your Thanksgiving was, you probably weren’t having as bad a time as this lady, who got kicked off her flight for having a “disruptive” pot-bellied pig as one of her carry-on items.

According to ABC News, the hog in question was booked on a US Airways flight from Bradley International Airport last Wednesday when it started squealing and defecating in the aisles. (Which, all things considered, are not the two worst things I’ve ever seen a seatmate do.) Flight attendants asked the passenger to deplane after deeming the hog too “disruptive” to fly, which they did without incident.

At this point, you might be wondering: If most of us aren’t allowed to fly with more than 3.4 fluid ounces of dry conditioner, why was this woman allowed to fly with a 40-to-50 pound porcine pal in her carry-on? Is she a federal air marshal, or the daughter of a sheikh who moonlights as the proud owner of a 4-H show hog on the side? What gives her these special privileges?

As it turns out, the pig, who now has a Twitter account, was initially allowed to fly because it was classified as an “emotional support animal,” along with dogs, cats, monkeys, and other animals that are permitted to fly under federal rules.

The Internet had a lot of emotions about the pig, too.