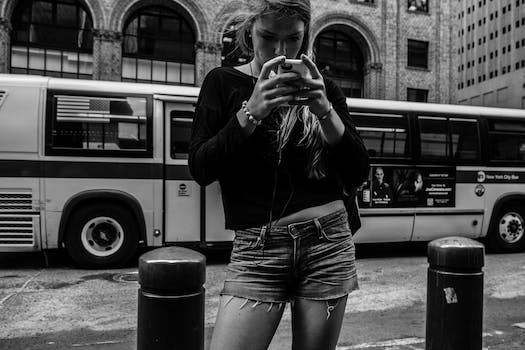 Every time you send someone an emoji, a little part of language dies

It's the most adorable way to murder English as we know it.

Language—what you’re reading right now—is entirely made up of symbols. The words you’re reading are translated by your literate mind and given the meaning you’ve been taught they have. Even the letters themselves, though seemingly abstract now, once relied on literal translations. The letter “H,” for example, comes from the Egyption hieroglyph for “fence.” In fact, a row of Hs—HHHHHH—certainly drags this millennia-old meaning out.

The English language is the product of thousands and thousands of years of such symbolic layering—literal images forming single symbols forming words like “heart,” “hearth,” and “hearthstone.” The more separated it has become from the objects and actions of the physical world, the more it has enabled us to communicate the full complexity of life as we know it.

And while language is always evolving—change can often look a lot like deterioration—there has been a recent return to the literal symbolism of the hieroglyphs of old. Emoji are certainly symbols, and they have the meaning we give them and nothing else—just like letters and logos. But their reliance on physical imagery—on smiley faces, devil horns, and piles of crap—means they limit us from leaving the physical world. The abstraction of language is a necessary tactic to further develop our understanding of things we cannot see. Emoji make this mission all the more difficult.

A recent study done by Match.com would seem to contradict me. The dating site analyzed the texting behavior of 5,600 single Americans and found emoji use is not replacing language as much as it is replacing inflection. Led by Rutgers anthropologist Helen Fisher, the study found texting “jeopardizes your ability to express your emotion” and emoji have filled this hole as “another way to express emotion.”

Fifty percent of the study’s subjects found emoji to show “personality” and 35 percent felt it made “expressing feelings” easier. Easier than language? Easier than the infinite combinations and words in front of you? Easier than the way you actually process thoughts in your mind, to the point some scientists believe we don’t actually have thoughts until we develop language? While sarcasm might be a bit difficult over text, I’ve never struggled with getting my meaning through text to the point of needing pre-ordained cartoons to make my feelings understood.

Whereas a language is built and altered by all who speak it, emoji is controlled by the elites of the technology world.

As I speak, there are projects looking to prove emoji as a useful form of language itself. Much like the Lolcat Bible before it, Emoji Dick hopes to translate the entirety of Herman Melville’s epic Moby Dick into the Unicode-recognized characters. The “Emoji Poems” Tumblr has collected hundreds of attempts at translating great works: Watch as Hamlet is reduced to a smiling ghost and an empty thought bubble. Gone are the soliloquies of death and loss, the challenged authenticity of madness, and a desperate search for meaning. A smiling ghost and an empty thought bubble.

Of course, the emoji pool is always growing. Currently, the Unicode Consortium recognizes 722 distinct emoji, an astonishing amount for something mostly meant to just be fancied-up emoticons. However, even this impressive number of symbols is limited by its very method of production. Whereas a language is built and altered by all who speak it, emoji is controlled by the elites of the technology world.

This has shown itself nowhere as strongly as it has in reaction to the homogeneity of emoji faces. The demand for ethnic diversity among the characters urged the Consortium to release a veritable color palette of smiling, frowning, winking, and smirking faces. Whereas the Oxford English Dictionary responds to the growth of the English language, emoji must wait itself for the decisions of an unelected committee.

And the reliance of emoji upon already-filled language standards means it could actually serve as a stop sign for the development of language. Because it can only use images of physical items or actions—or pre-existing symbols like the dollar sign—emoji can never grow organically to help represent abstract concepts. All it can ever be is a direct translation of the languages we speak now, a clipart pig Latin.

All emoji can ever be is a direct translation of the languages we speak now, a clipart pig Latin.

The people who invent languages for a living understand this difference. David J. Peterson, professional linguist, worked closely with George R. R. Martin to invent a spoken language for the Dothraki on HBO’s Game of Thrones. In doing so, he coined over 400 original terms, developed their grammar, and even decided which phrases the Dothraki would have no words for, such as “thank you.” Like Klingon and Elvish before it, Dothraki is a livable language with its own quirks, grammars, and speakers.

And because, unlike emoji, these fabricated languages are free from reliance on not just the physical world but other languages, they have beauty and structure all their own to admire. In the same way readers of classic literature might have a favorite translation of Pessoa or Kierkegaard because of the interpretation available between Portuguese and English or German and English, a translator of emoji would only be left to the literal, likely English or Japanese origins of the text.

To many teens, this might sound like a defeatist position, reminiscent of the teacher that forgets the purpose of language and only finds beauty in the structure and rules, not in the free will it can express in all forms. But the use of emoji is not the use of “ain’t”—it is not an alteration or invention of language as much as it is an abandonment of speech altogether.

It is not an alteration or invention of language as much as it is an abandonment of speech altogether.

What is the emoji for “apricity,” which means the warmth of the sun in the wintertime? Or for “plenilune,” a word Tolkien called his favorite because it is beautiful before you even know what it means? Or wabi-sabi, a Japanese word with no equal translation best understood as “finding beauty in the imperfection of things?” Emoji takes us backwards through the complex development of language and reduces that complexity to little more than visual cues. Far from standing on their own, all emoji can do is remind us of the language we leave behind when we become reliant on stiff Unicode translations of true speech to tell each other how we really feel.