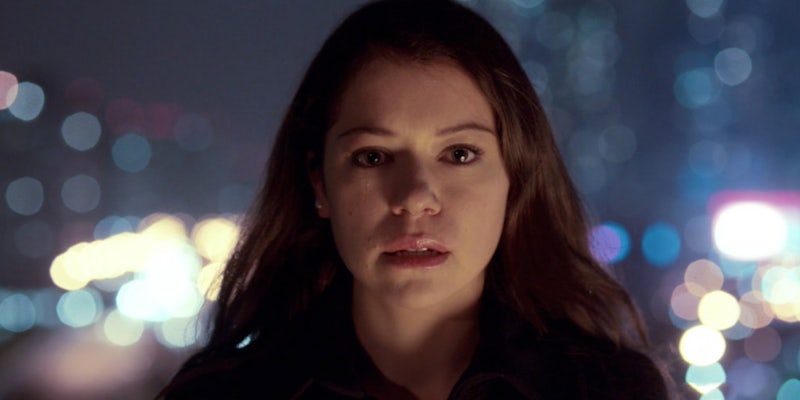 Give up, ‘Orphan Black’—the Emmys will never adopt you

Don't worry, Tatiana Maslany: it's not you, it's them.

With the release of this year’s Emmy noms comes the requisite gnashing of teeth over snubs—Mindy Kaling wasn’t recognized for her sharp, brilliant portrayal of Mindy Lahiri on The Mindy Project and, astoundingly, Tatiana Maslany was passed over despite the fact that she practically plays the entire cast on Orphan Black. Despite bright spots like the historic nomination of Laverne Cox, the first out trans woman to receive an Emmy nomination, the jeers outweigh the cheers.

But why was Maslany given the cold shoulder? There are a couple of reasons why she wasn’t nominated—and why she may never receive a nod for her work on Orphan Black, all of which speak to the growing obsolescence of the Emmy jury. In a digital era, relationships to media are changing, and awards panels are not changing with them. The result is continued rewards for television that fits the “right” pop culture profile, and nothing for programming that can’t adhere to the box.

The first and most obvious reason for Maslany’s snub, as well as likely future snubs, is the simple fact that Orphan Black is a science-fiction show, and sci-fi shows aren’t, as a general rule, nominated for Emmys. While there are exceptions—Gillian Anderson won for her work on the X-Files in 1997 and received several nominations for her work on the series—for the most part, science fiction drops television and film alike out of the running for awards consideration. Genre snobbery is a very real issue in Hollywood, and no matter how stellar the performances are, jurors can’t get over the taint of science fiction.

While the show may explore the very real possibilities of our present and future—and the bioethics issues that people are already struggling with—the labyrinthine plots are likely too much for Emmy voters to handle. The show reads as a soap opera, not a serious drama. Even though Tatiana Maslany is absolutely amazing in a rotating, diverse series of roles, she’s appearing within the framework of a much-maligned genre. Science fiction isn’t considered to be of general interest, and it’s certainly not something juries consider to be awards fodder.

Orphan Black is also unapologetically a show that aims to entertain, without huge, ambitious designs. In the television world, Emmy and other nominating juries tend to aim for shows with a self-conscious, ambitious presentation. They want television that brands itself as epic, edgy, showy, and prestigious. This is why the quiet, methodical Mad Men rakes in nominations—not just because of impeccable acting and sets, but because the AMC favorite is a Great Show and wears that badge proudly.

This is in part where marketing comes in, yet another reason Orphan Black isn’t in a place to pick up Emmy nominations despite its dedicated (and small) following. BBC America has done little to promote Orphan Black to television audiences—and even less to make it appealing to potential awards juries. The network has essentially allowed the show to glide along on its own momentum, which keeps it well below the radar, where it aims to stay.

Unlike Game of Thrones, HBO’s breakout fantasy nominee, Orphan Black isn’t presenting itself a corporate brand. Unlike “Mad Men,” it’s not filling stores with transmedia merchandise or creating endless web outreach projects like “Make Your Own Clone Character” to get audiences active and engaged. Girls, House of Cards, and Orange is the New Black picked up nominations thanks, in part, to their online engagement campaigns and cult status, but also because their networks (or Netflix) took the time to position themselves for a win, unlike BBC America, which hasn’t demonstrated much interest in going for Emmy nods.

But this isn’t just about the preexisting mechanics of the nomination mill. All of these factors have played a critical role in the doling out of Emmys since 1949, but today, there’s another influence on nominations that’s undoubtedly hurting Orphan Black: Delayed viewing.

When popularity of television shows is still measured by the number of eyeballs fixed on the television set when shows actually air, shows with a substantial delayed viewing audience tend to suffer. More people save Orphan Black to watch via DVR and other time-shift devices than actually watch it when it airs. This doesn’t even get into piracy statistics, which are, by nature, rather difficult to track down—but rest assured that dedicated Clone Clubbers, as fans dub themselves, are pursuing their fix by any means possible.

For Emmy jurors stuck in old media models, however, this isn’t a factor—and while the Emmys are ostensibly a judgment of stellar performances in television, they’re also a popularity contest. Orphan Black seems like an also-ran right out of the gate, thanks to the fact that it’s a science fiction show with what looks like a limited audience and practically no marketing.There’s nothing to draw jurors to Orphan Black, and they’ve casually made that clear with the nominations released on Thursday. It doesn’t matter how stellar Maslany’s acting is — Orphan Black simply isn’t big enough to be considered on the same footing as shows like Scandal, House of Cards, Downton Abbey (a show popular with digital downloaders too impatient to wait for its U.S. release), or Masters of Sex.

In television in particular, the presentation and relationship to media is moving much quicker than awards juries can follow. This is a digital era, and while digital media is finally being recognized in its own right, as seen with House of Cards and Orange is the New Black, the effects of delayed viewing, purchased downloads, and pirating aren’t playing a major role in jury considerations. Until that shifts, great programming will continue to get passed over—especially if it’s also stuck into the genre corner while good programming is so often thrown to wither away for lack of recognition.