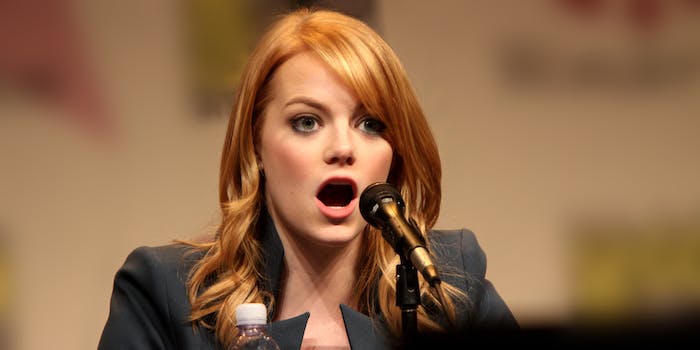 Watch Emma Stone geek out over the Spice Girls

Friendship never ends—and neither does Emma Stone's love for a '90s girl band.

Emma Stone is a massive fangirl, just like us.

The actress, a lifelong Spice Girls fan, was promoting The Amazing Spider-man 2 on Sydney’s 2Day FM when she received a personalized message from none other than Mel B herself.

Mel B often appears on 2Day FM’s morning show with cohosts Jules Lund and Merrick Watts, but she was unable to make it for Stone’s interview. Instead, Mel B took her to task for preferring Baby Spice over her.

“Oh my God, is Mel B talking to me?” Stone asked. “I’m going to cry. I’m so excited I am legitimately crying. I am the biggest Spice Girls fan ever.”

Stone had some trouble functioning after that, but we can’t blame her.