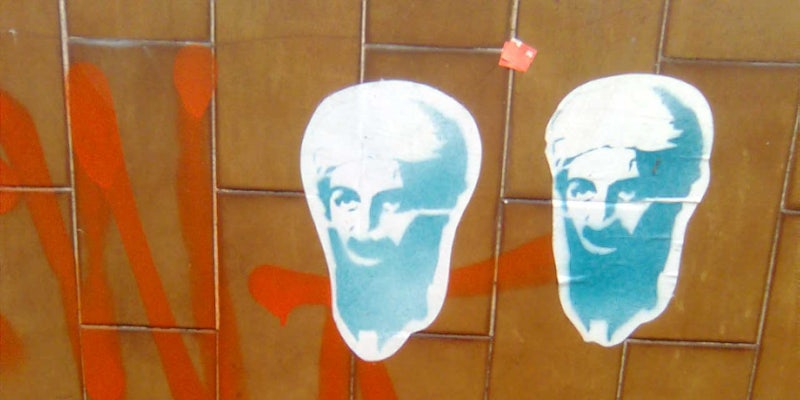 A recently obtained email reveals that a high-ranking U.S. official ordered military officers to destroy photographs of Osama bin Laden’s remains or turn them over to the Central Intelligence Agency (CIA).

The author of the email, sent on May 13, 2011, was identified as Adm. William McRaven, head of the U.S. Special Operations Command (USSOC). Bin Laden was shot and killed 11 days before by Navy Seals inside of a private compound in Abbottabad, Pakistan, during Operation Neptune Spear. McRaven’s email was obtained by the conservative legal group Judicial Watch under the Freedom of Information Act (FOIA).

“One particular item that I want to emphasize is photos; particularly UBLs remains,” McRaven’s email read. “At this point—all photos should have been turned over to the CIA; if you still have them destroy them immediately or get them.” UBL refers to Osama bin Laden, whose proper-name is sometimes spelled with a U instead of an O. The names of the subordinates who received McRaven’s email were redacted from the version released.

Immediately after the televised announcement of bin Laden’s death by President Barack Obama, a freedom of information request for all documents and photographs related to the Abbottabad operation was filed by Associated Press (AP). Once a freedom of information request has been made, the materials requested are usually preserved, at least until the request is denied.

The AP also reportedly requested copies of all emails to and from McRaven’s account referencing bin Laden. It did not, however, receive a copy of the email recently obtained by Judicial Watch. The following year, the AP reportedly received a response from the Department of Defense, which claimed there were no emails to or from McRaven that matched the request.

An article published by AP writer Stephen Braun noted that all military records regarding operations are to be considered permanent, until they are declassified and transferred to the National Archives, typically after a period of 25 years.

While the order to destroy materials related to Operation Neptune Spear was initially revealed in a report by the Pentagon’s inspector general last July, the email from McRaven is the first evidence of the order to purge documentation requested by the press. When the order was first publicly revealed, a CIA spokesperson said that “records of a CIA operation such as the raid, which were created during the conduct of the operation by persons acting under the authority of the CIA director, are CIA records.”

According to the AP, Judicial Watch President Tom Fitton described McRaven’s email as a “smoking gun, revealing both contempt for the rule of law and the American people’s right to know.”